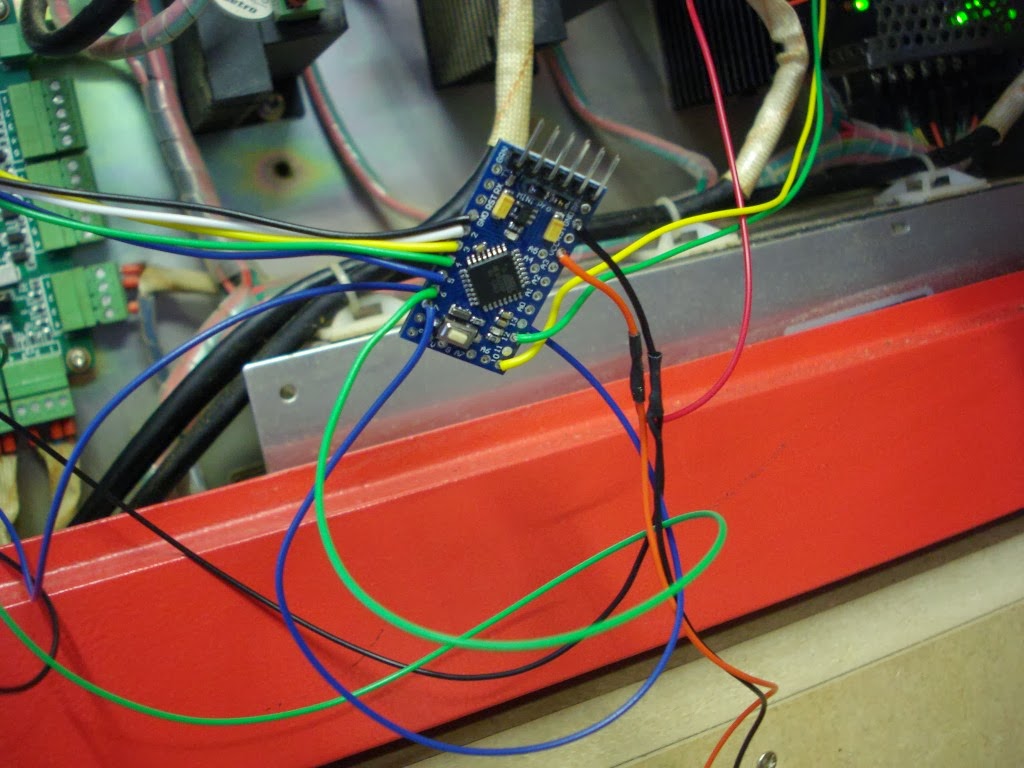 (I have elaborated on the control system used in this project over on instructables) The Z axis control on the Lasercut system has some features I don't really like.  It's slow when you're trying to go large distances. You have to be right at the top menu before you can enter Z mode, but the top menu and the one below it are both identical so you end up pressing escape before hand just to make sure. Once in Z mode pressing escape does not get you out of Z mode, only pressing Z again does. Holding the Up/Down button for 3 seconds switches to a faster speed but this typically occurs once you reach the exact spot you wanted to be in and the Z zooms out of the desired position. You can't adjust the Z axis while the program is paused, meaning you have to stop, adjust and restart whereby you double cut a series of lines. If you don't datum the Z axis, which it doesn't do automatically, the Z doesn't even run continuously. Check the end of the vid
Read more 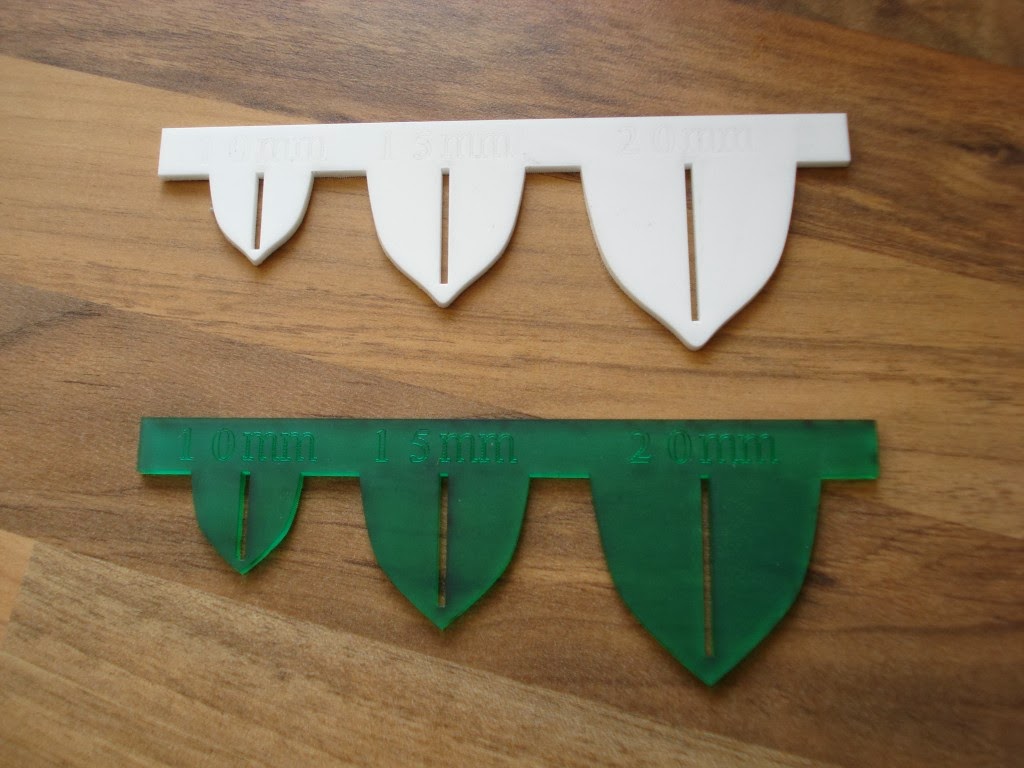 Tree requested these plastic templates for some leather belts he's making. He cuts round the template to make the end shape on leather belts. The white one has funny rounded ends where Lasercut 5.3 failed to read in the dxf correctly. I thought it made an interesting shape and it was already cut so he might as well have them both.
Read more 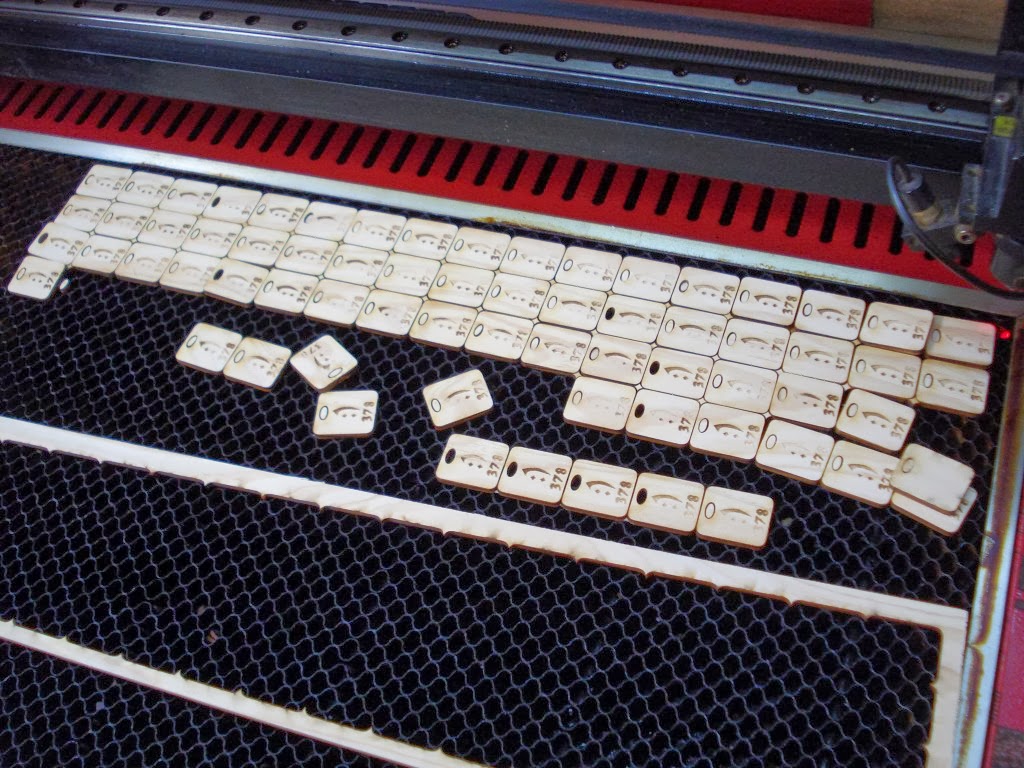 The first Empire LARP event of the year happens this easter, I'm reminded of this because people are requesting laser cut items already. I made these Rune tags before but they were all given out. This batch has the game year inscribed on the bottom which hopefully means a repeat order next year too :)
Read more 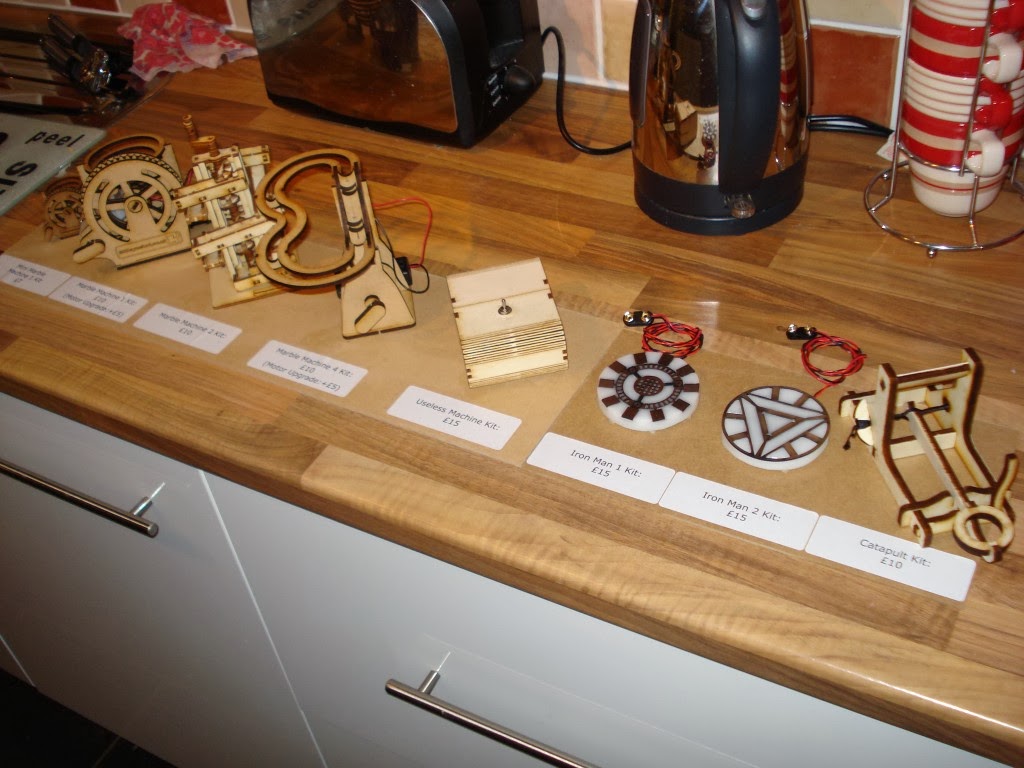 Something that I should have done a long time ago. It's just a simple board with one of each kit I make glued to it, changeable stickers indicate the name and price of each item. Now I can just pull the whole board out and put it on the table so people can see exactly what items I have at an exhibition and how much they cost. I'll still throw a bunch of loose machines around the table for some real hands on play but this will make my life much simpler.
Read more 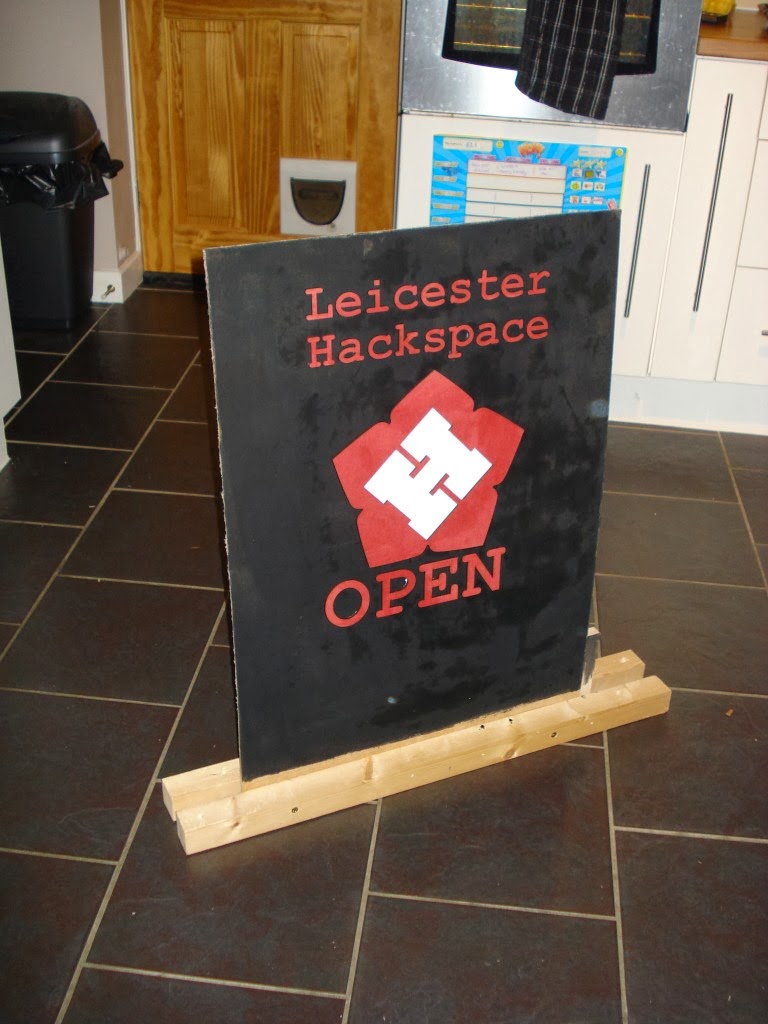 I knocked up this quick sign for the Leicester Hackspace open day today. It's laser cut letters on a hardboard backing. Made in an evening from garage scraps it didn't come up too badly. I made it fairly generic so that it can be used for open nights in the future too.
Read more
More posts