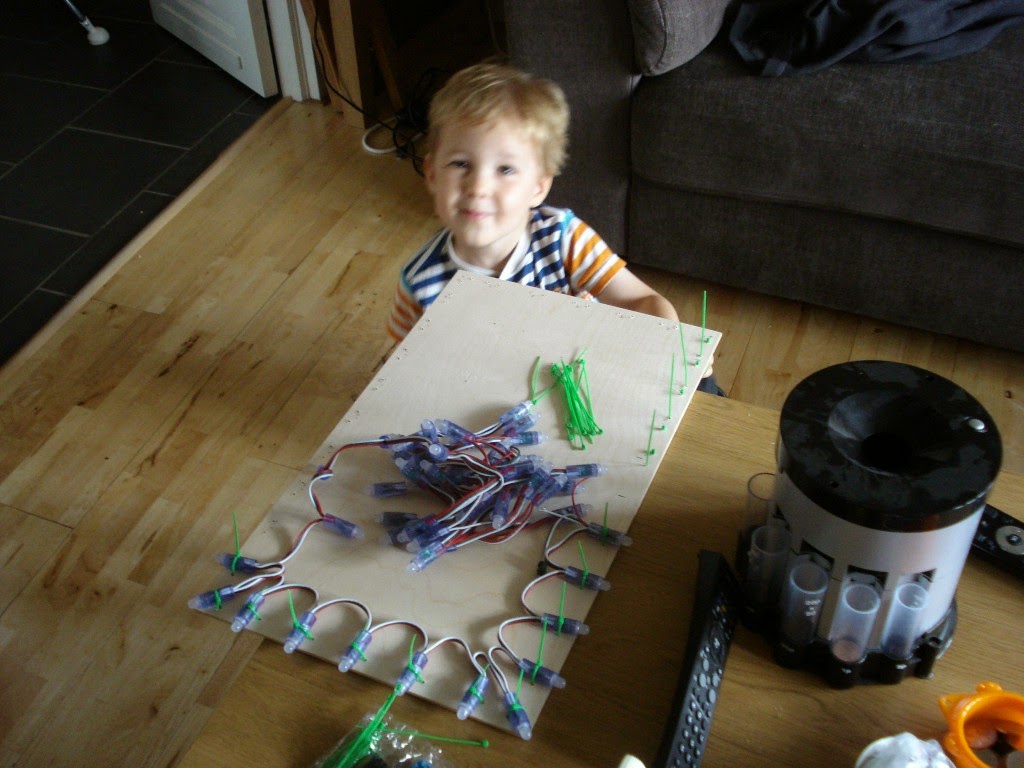 I recently purchased a couple of RGB addressable strips for play and potential future projects. While I had one handy though I thought I would make up a DIY ambilight system for our TV. Eli was also very interested so we actually turned it into an afternoon project while Hazel was napping. I drilled the holes in the board while Eli threaded them with cable ties, we then put the LED's in the right places.  I overkilled it with an Arduino Mega control board and a 5V 4A power supply also hung from the board. I used Prismatik  to drive the ambilight system. It was a fun way to spend the afternoon and the effect is pretty good but these LED's weren't bright/angled correctly enough so it's been taken down again already awaiting a V2, with a proper laser cut and angled frame.
Read more 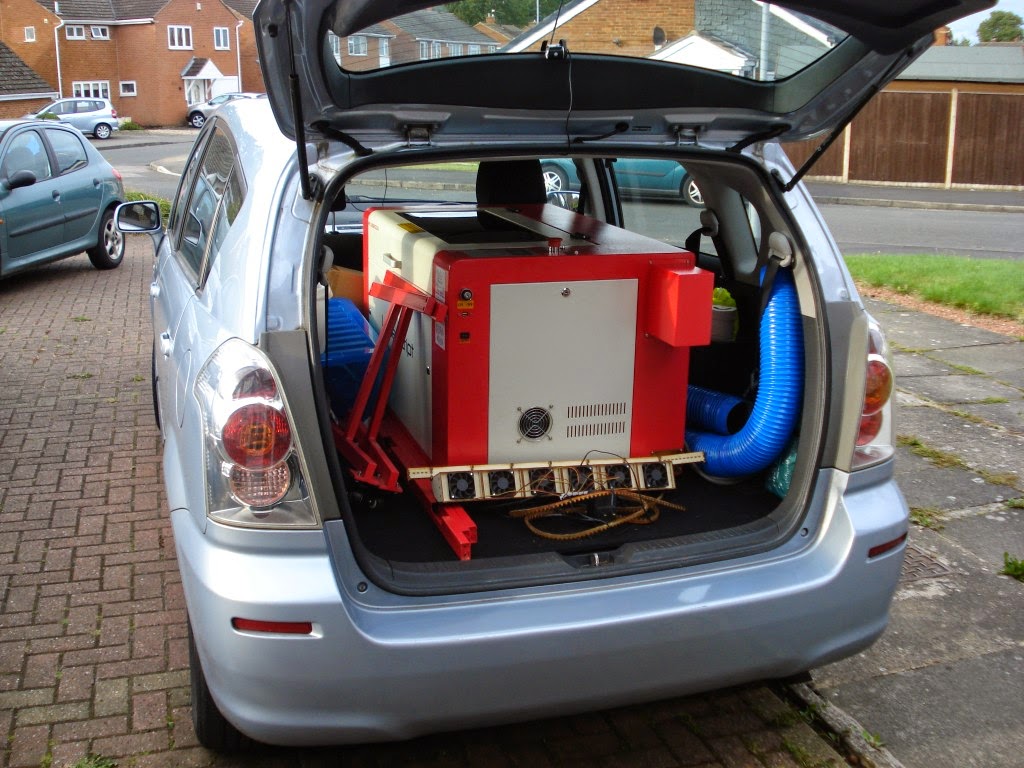 The 3060 now has a new home, Ben came to collect it yesterday. Hopefully at some point he'll have a web presence of all the awesome things he's made with it and I'll be able to point you guys over to it. It fit nicely into the back of their vehicle. It's been a hectic week trying to get the machine ready to go as well as do a dozen other things. I don't have an 'after' photo but the before shot shows you just how much elbow grease was required to get that machine back to a clean state. Now the machine has gone it's left a rather big gap in the workshop but it's still going to be another 10 days before I get the new machine in there. We're taking it with us to EMF camp first. I'm quite excited now, I'll post about the new machine asap.
Read more
More posts