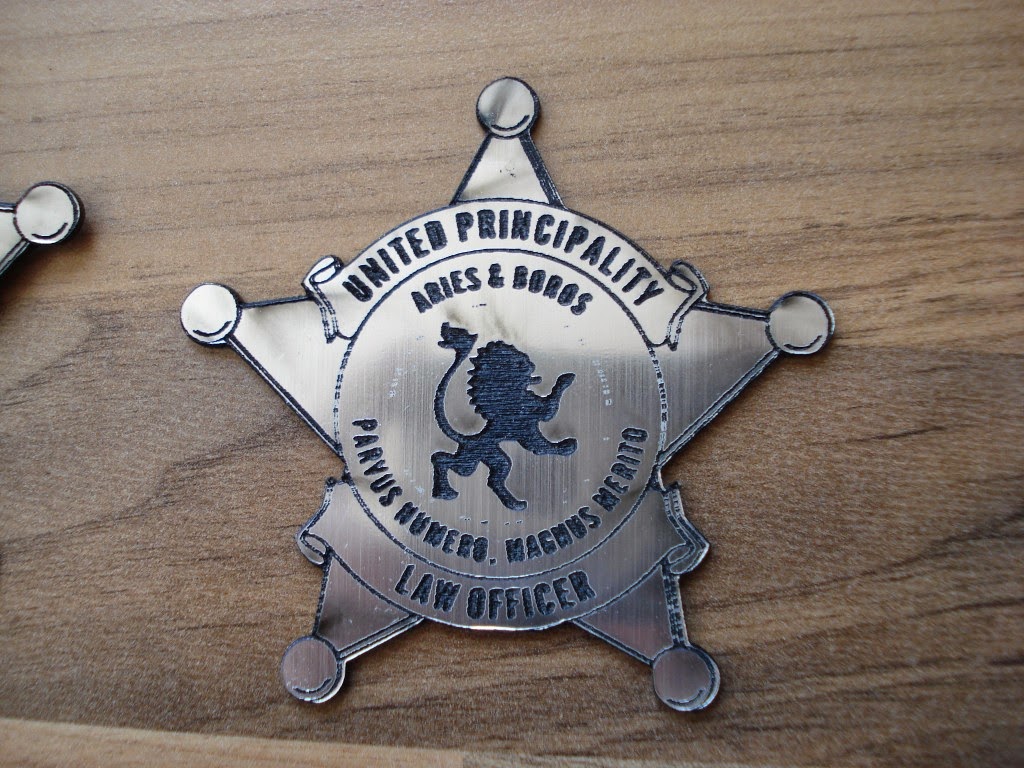 A quick little job for Serenity LRP which is happening in 2 weeks time.
Read more 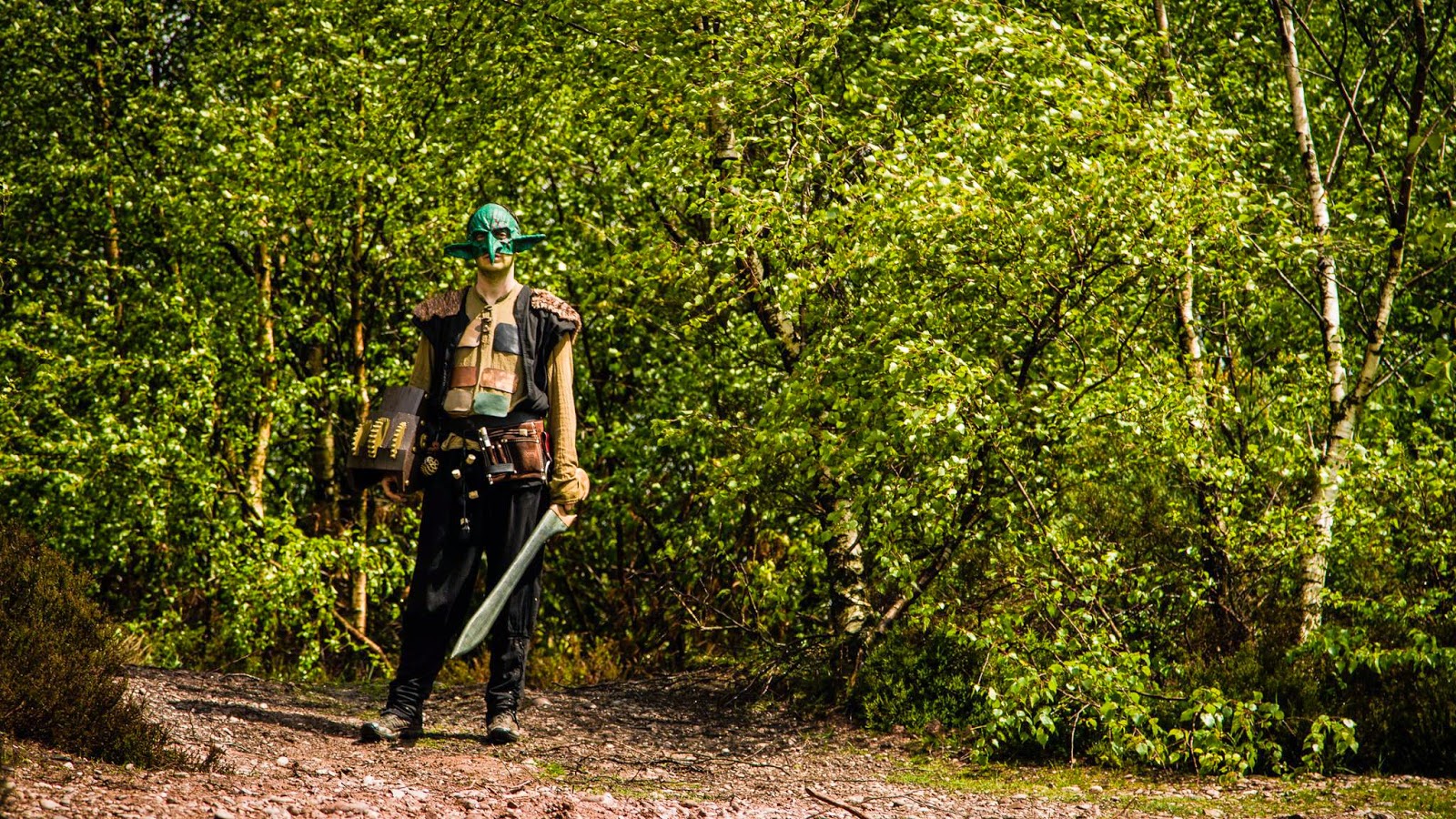 Photo courtesy of Tom Garnett So I went to the Vale LRP, the weather was poor, the company was excellent, the game had significantly more schlepping of sandbags around a quarry than I was expecting. Certainly more than I had designed my costume to cope with. (Tom even managed to take a reasonable photo of me despite the fact I'm soaked to the skin here). On Monday Kim went back to work, leaving me as the stay at home dad (as planned). Monday was also the day that the Nottinghack laser was supposed to arrive. So Eli, Hazel and I all headed to Nottingham for the day, the laser arrived early but the driver was confused by our lack of forklift truck so we couldn't unload it. The delivery company then turned up on Tuesday while no one was at the space and decided that they could unload it that day, chaos ensues. Tuesday and Wednesday nights were taken up commissioning the laser cutter, and my big laser cutter project now have something to be cut on. Expect quite a bit more a
Read more
More posts