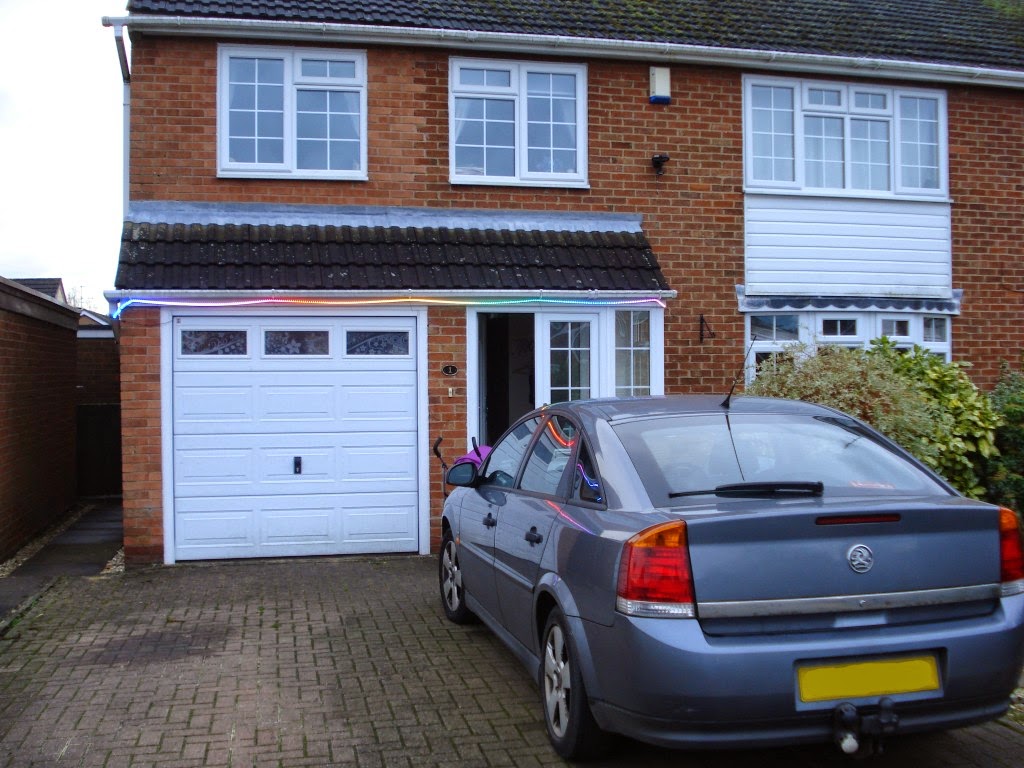 I went to put our regular Christmas lights out and found that only half the LED's were lighting up so for a quick win I put up my 5m long strip of 300 neopixels instead. It instantly added colour and excitement but it rapidly turned into it's own project when I added a real time clock to turn the lights off at night.  I realised that by adding a different flash pattern each day I would have Advent Christmas lights. The system counts down to midnight and shows special animations for the occassion and it also turns the lights off permanently on the twelfth night The setup up is very simple, an Arduino nano is connected to a Real Time clock and a string of neopixels and driven from a 5V 4A power supply. The code is included below but in brief, each animation follows a series of rules Animations that are based on a single 'brightness' value so the patterns can be dimmed.  Animations are intended to be 'non blocking' so the arduino can be used fo
Read more 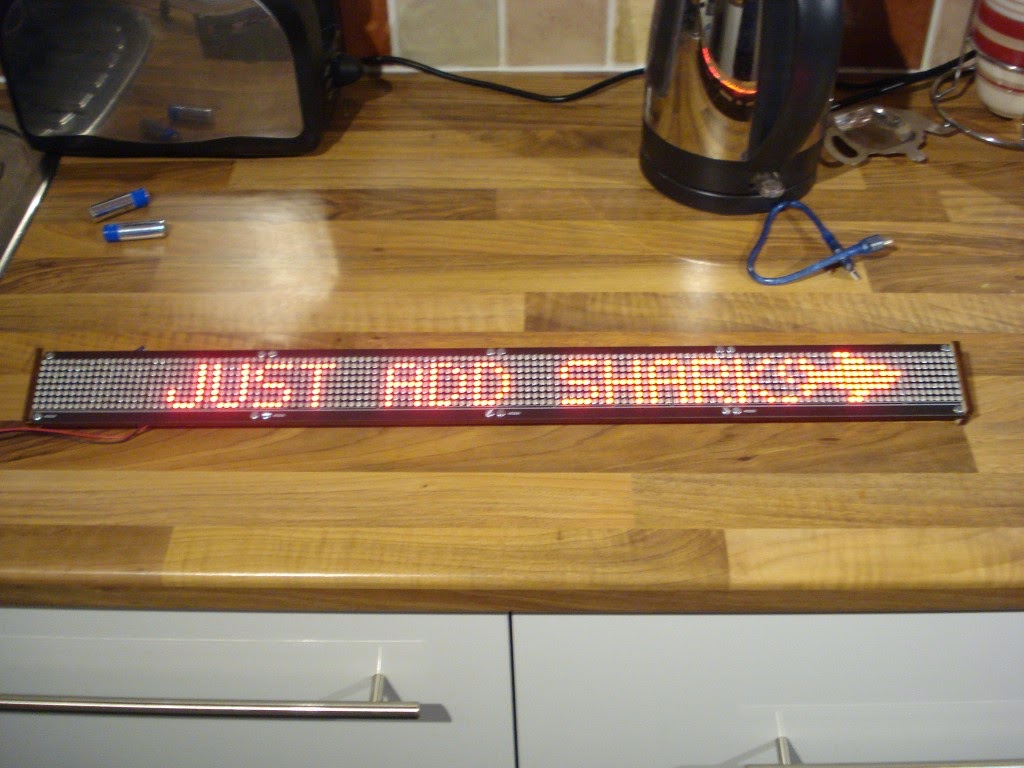 I acquired 4 of these Sure 0832 dot matrix electronics boards recently. They were going spare from a project I worked on a long time ago (pre blog). Instead of leaving them in a box and forgetting about them I thought I should turn them straight back round into a new display that we can take along to Maker Faires. A simple laser cut frame holds all 4 displays in place, an arduino nano  drives the boards and controls the animation. I'm using Miles Burtons  arduino library to control the basic functions but I had to update it for the most recent version of the arduino IDE (1.5.8) so I've included that modified library in with the source files ( source here )
Read more 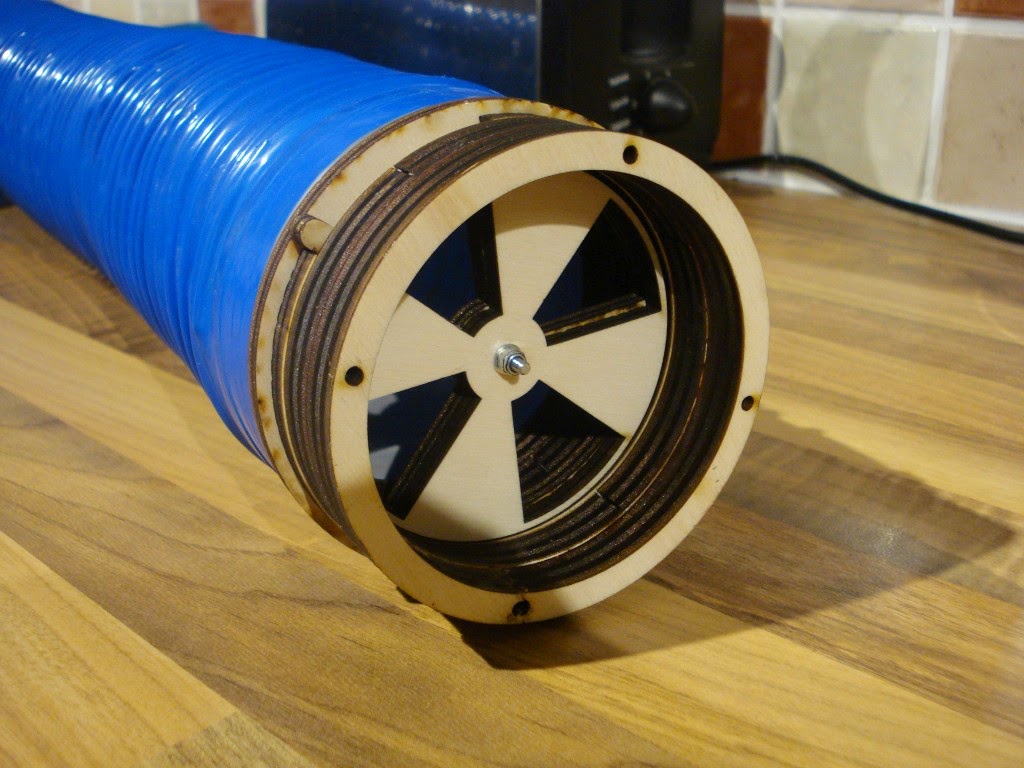 With my second laser still coming and going at a moments notice (soon to be permanently dismantled in my garage though) I often end up with a spare exhaust port that's just sucking air in and not pulling air from my main machine. I made up this close able vent which sites between 2 blue pipes and allows me to turn the tube off when not in use. It's made from a few stacks of 12mm ply and it works ok. I think it might be better to develop a shutter type version for both sides (and when I box in the extractor) but it's not bad for a first attempt.
Read more 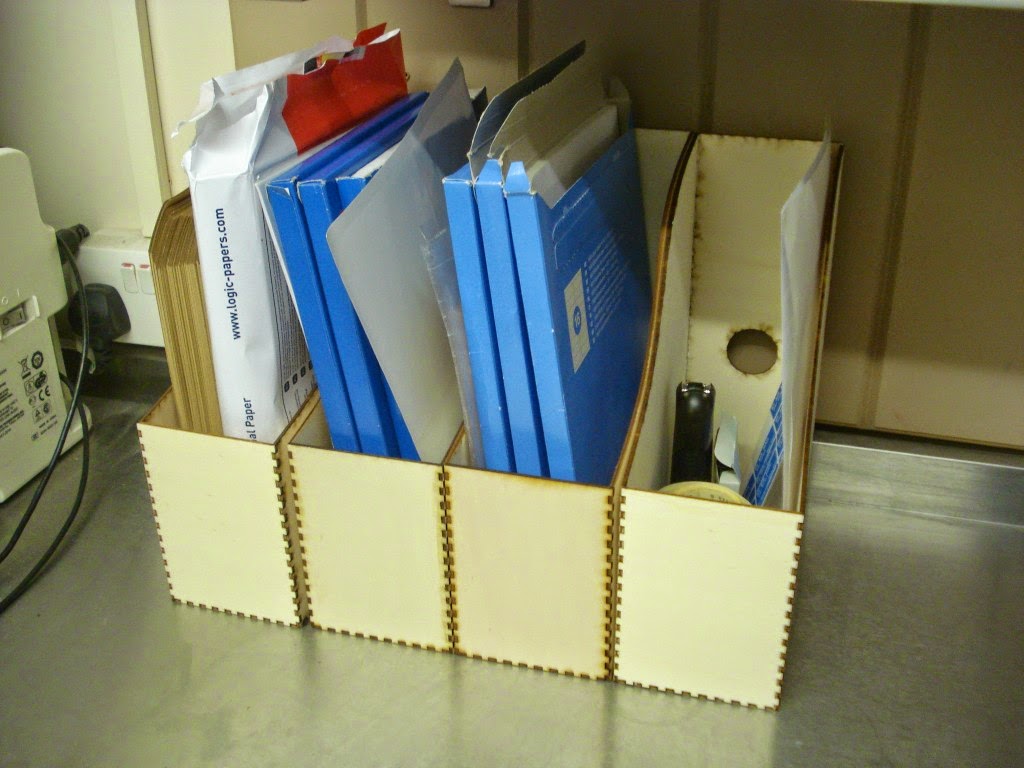 I know that people have download the files for these knuff magazine racks  but those people were clearly all polite to tell me that the files didn't actually work. The only reason I know is that I came to make a few more of them tonight and the tabs just didn't line up. So here is the updated version of the file which does now work ( svg here ) The file contains parts for 2 knuff, The 2 left sides fit neatly together and are mirrored to form the right hand side, that way you can keep all the 'burnt' sides pointed in.
Read more
More posts