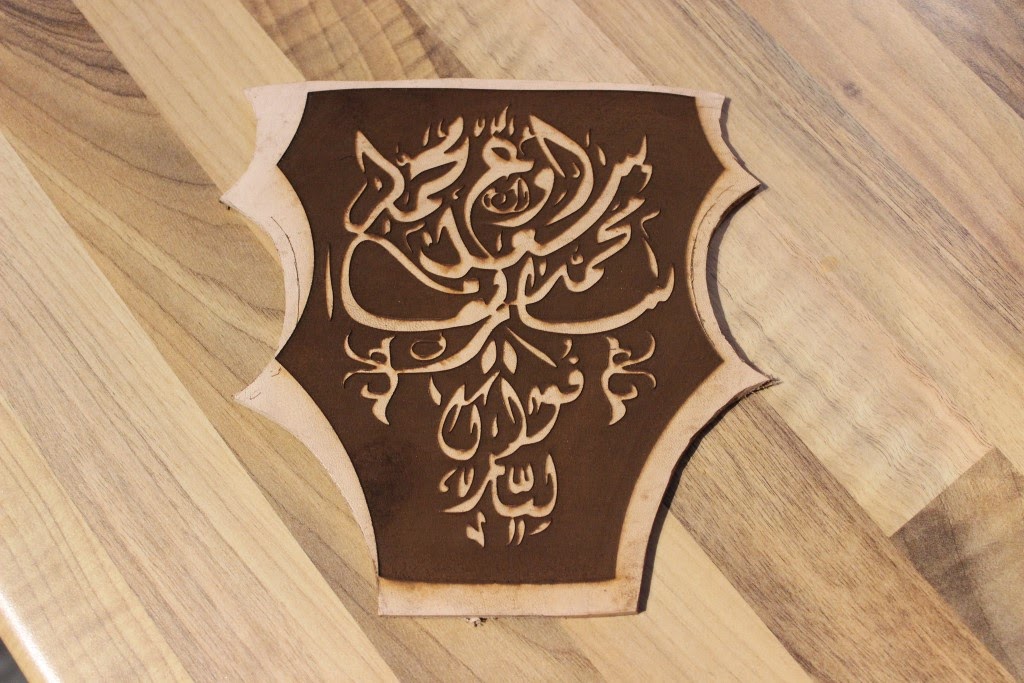 More Leather work  for Marcus. I was trying to align the etch to the middle of the leather that he sent me but it didn't really work. Clearly I should have used the laser to cut out the leather as well.
Read more 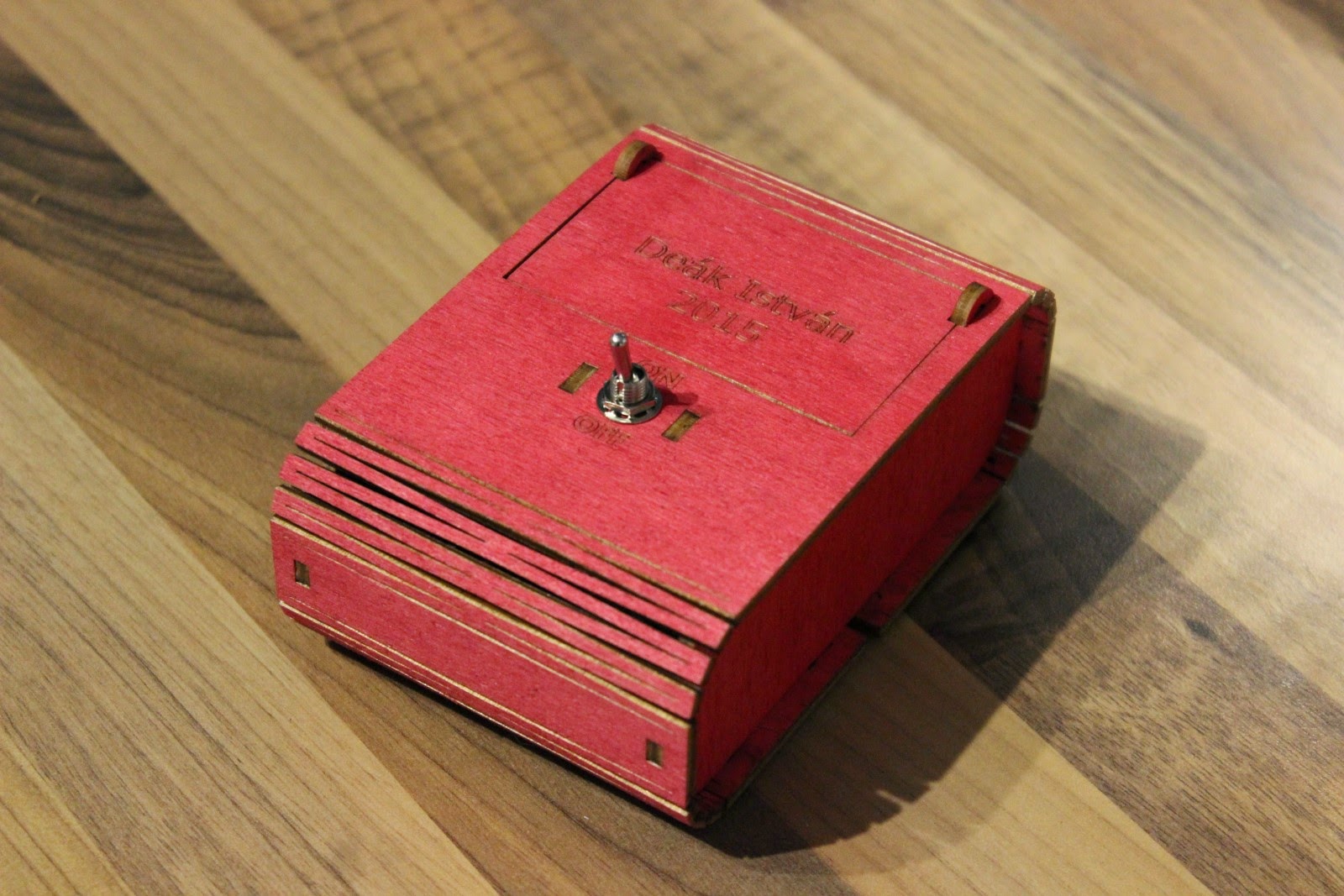 The new useless machines are a lot easier to assemble, this means I'm now happy to assemble them myself and sell them as finished units. This also means I'm happy to customise the machines by request. This one was coloured red before assembly and then had a name engraved on the lid.
Read more

I thought I would close out this month with another new product and finishing one of my monthly projects. This is the 3rd and final kit that I was calling Project #5: a complete revamp of my useless machines. This kit is a smart useless machine, there is an arduino inside the box which allows you to program in different behaviours based upon how many times you flick the switch (or anything else you can dream of). Currently the box gets miffed if you turn it on too many times. Full sample code is provided and being based around an arduino there are dozens of amazing libraries already written for all sorts of functions. There is a small power circuit which allows the arduino to turn it's own power on and off, the only power consumed in the off state is the leakage current of the transistor. In testing the circuit ran for a whole week (2-3 tests a day). Here are just a few ideas of things you could add: Add some character to your box, with a real time clock chip
Read more 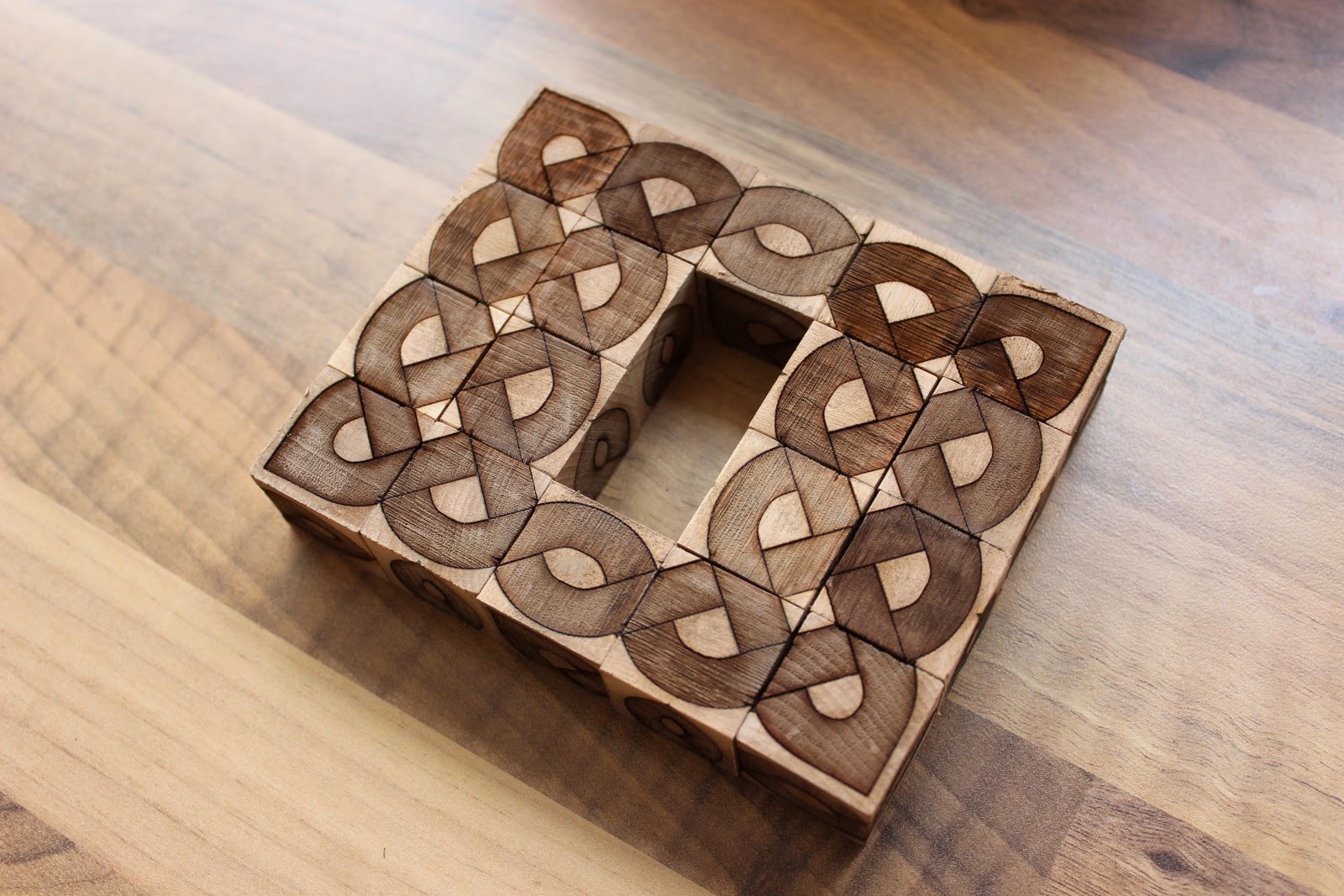 These amazing Celtic Knot Dice appeared on my Facebook feed today. I was very impressed, I rushed off to join in the kickstarter and I got there just in time with 39 hours to go. I also didn't want to wait for my set of dice to arrive so I set about making my own. So now 3 hours later (and as of writing there is still 36 hours to go and the project is successfully funded). I present to you a DIY set of Celtic Knot Dice so you can try it for yourself before you join the kickstarter, just don't take too long about it. My set was 18 laser cut cubes to make a nice wooden version, but I also made a paper craft version and shared it on instructables  too.
Read more 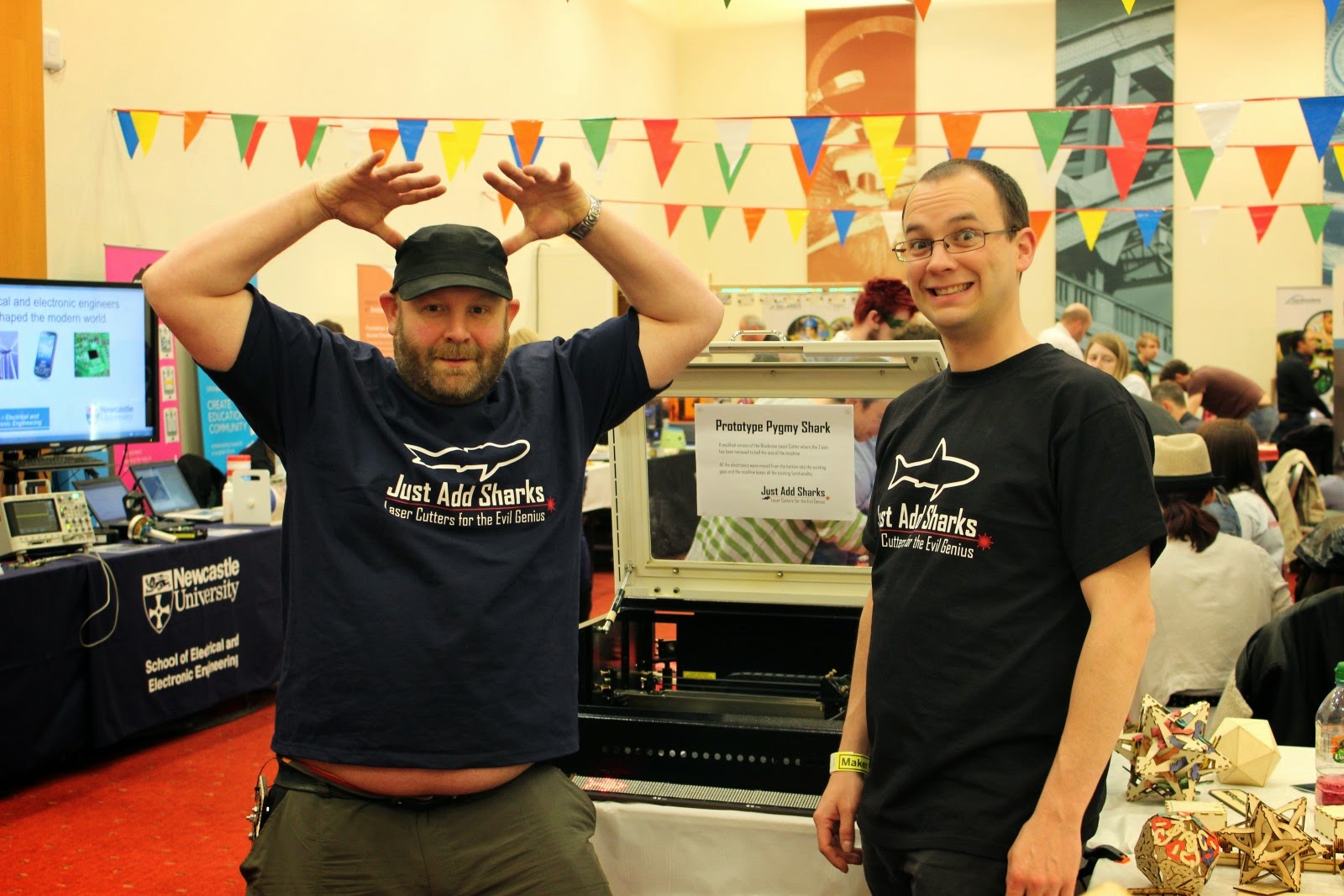 The weekend happened and so did my first Maker Faire of the year. The UK Maker Faire  2015, held at the Newcastle Centre for Life . With nearly 120 makers it's one of the biggest of the year but it somehow felt smaller than last years. The busy/quiet waves we experienced in the back room allowed us to have decent chats with public and other makers and there are a few new collaborations in the pipeline. So it looks like I didn't take a decent photo of the Ping Pong Ball cannon, but I do have one of the test videos. It was a very simple design, a large air extractor was used to blow balls up the barrel, venturi effect ensured that balls were sucked in at the bottom of the barrel. The hopper was just a long line of balls ensuring that the cannon was fed quickly and efficiently. We did a quick test on Friday, letting off 65 balls in 10 seconds and racking up a high score. The other entrant managed to get off 3 balls in the 30 second time period and scored nearly as hig
Read more
More posts