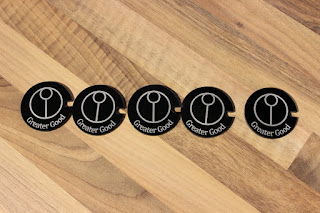 These white on black counters were much simpler than the others. The actual numbers on the dial still had to be done with a paint infill but the actual symbol and lettering was engrave so they show up white enough to not need painting.
Read more 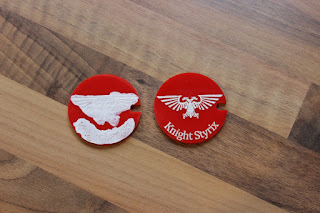 I read on the internet about a few different techniques to infill acrylic with a different colour. I've done some previous painting where I engraved the protective cover off the acrylic. I found that engraving that protective sheet can be a bit hit and miss, sometimes it engraves fine but other times it just appears to melt so I prefer to peel it off now. I tried to apply some vinyl transfer tape which engraves better, this was effective but it seems silly peeling off one sheet and applying another. I settled on a compromise between the two. Since all the numbers and words around the outside are cut using Hershey text , instead of engraving they cut cleanly even through the protective sheet. The engrave in the middle of the item is done by first outlining the engrave with enough power to cut the sheet and then peeling the sheet off from the place that's going to be engraved. The idea is to do it in a single piece so they will be no weeding, the engrave can then be done
Read more 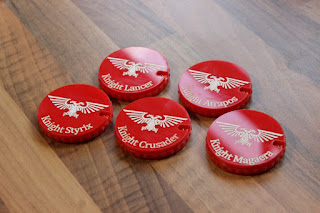 I was asked to make some wound counters for a war gaming friend, the counters need to go up to 30 and still be a sensible size so I based them upon my Tigris Counters . I didn't want to use magnets in the middle though so I ended up gluing the parts together instead. They work well.  I used white acrylic paint to provide high levels of contrast on the lettering and image.
Read more
More posts