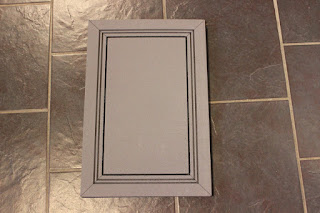 A long overdue post probably because I wanted to write something a bit more in depth for it. In the last batch of LRP items I cut for Eldritch I also cut this cupboard door blank. It's a simple square with low power lines running out to the corners, the problem was the engraved squares indicating the inner panel. If I were to engrave these normally the whole thing would take 2 hours to do. This is because the laser would move from left to right across the whole panel, spending most of it's time doing nothing in the big blank expanse. Vertical engraving is time consuming. It made me think about what the laser actually does during the horizontal engraving. It cuts a line, moves down by the scan gap amount and then cuts another line. It would be possible to draw this pattern and get the laser to behave the same while it was cutting rather than engraving. To speed up the panel the vertical engraving was drawn in exactly the same way, so instead of engraving the whole heig
Read more 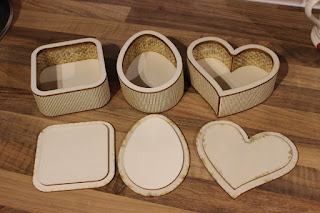 The final shape in my trio of boxes and proof that the principles work (I followed my own instructions to make this one). The rounded box is a neat little shape, not very exciting but just as functional as the others. ( svg here )
Read more 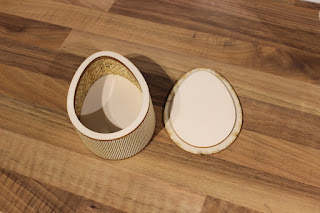 My heart shaped box was released just in time for Valentines so I thought I would get well ahead for Easter. This egg shaped box is built to a very similar principle, a process that I'm refining and I have shared in an instructable . ( svg here )
Read more 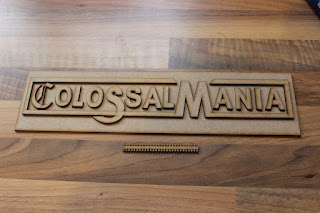 With the champions belt out of the way I also had time to cut a series of logos for SmogCon too, these are going to be painted with metallic and rust effects. The letters are supposed to look as though they are riveted to the back plate so I also cut a series of rivets to be stuck over each plate, these were 2mm wide so I joined them all together to make them easier to extract from the laser and send in the post.
Read more 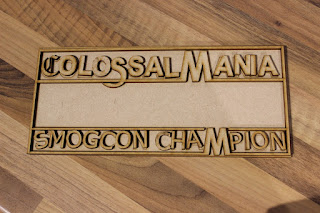 Based on my previous war gaming trophies  and my ability to turn items around within a few days I was asked to cut this Colossal Mania Champions belt for SmogCon . Now the event is passed I feel I can show you the items without fear of spoiling any surprises, Hopefully I'll be able to find some painted pictures too at some point.
Read more 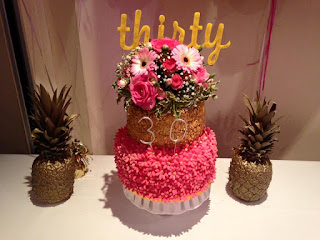 Just a quick update today, I've actually been on holiday for the last 10 days so I need to get cutting to catch up. My cousin had her birthday though so I spotted this picture of her amazing cake with fancy cake topper .
Read more
More posts