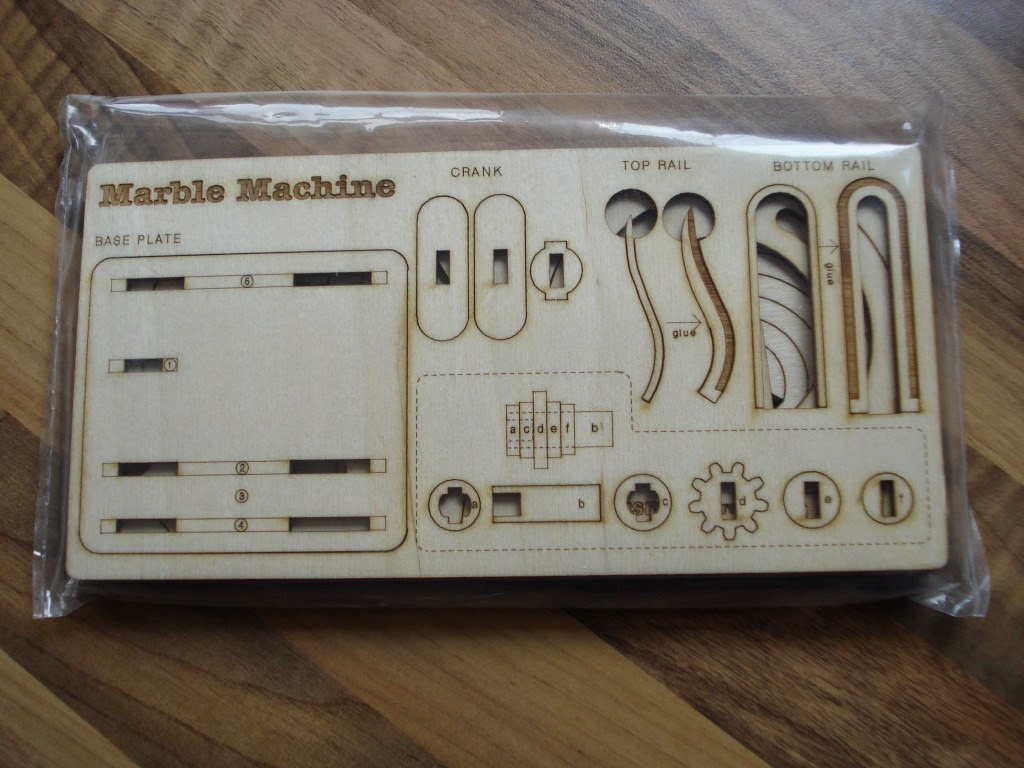 I spent a bit of time this afternoon assembling this interesting little kit from Solarbotics . Now wait a minute I hear you cry, isn't that just your Marble Machine #1 ? The answer is 'yes' and that makes it all the more exciting. I've given Solarbotics permission to manufacture the design on my behalf and they're doing a great job of it, they took hundreds of units with them to the  bay area maker faire  to be sold in the Maker shed and they all sold out.  Anyway back to the kit.... The kit comes in a heat sealed cellophane packet which is a lovely touch. The parts have been rounded up to 4 and half panels which clearly makes them easier to pack. Leaving in all this excess material has left room for helpful assembly diagrams. The parts are cut with sprues holding the pieces in but they are easy enough to remove with a sharp knife. The central axle for the lifting wheel receives a very clever upgrade. The axle is stepped and the holes in the wheel
Read more 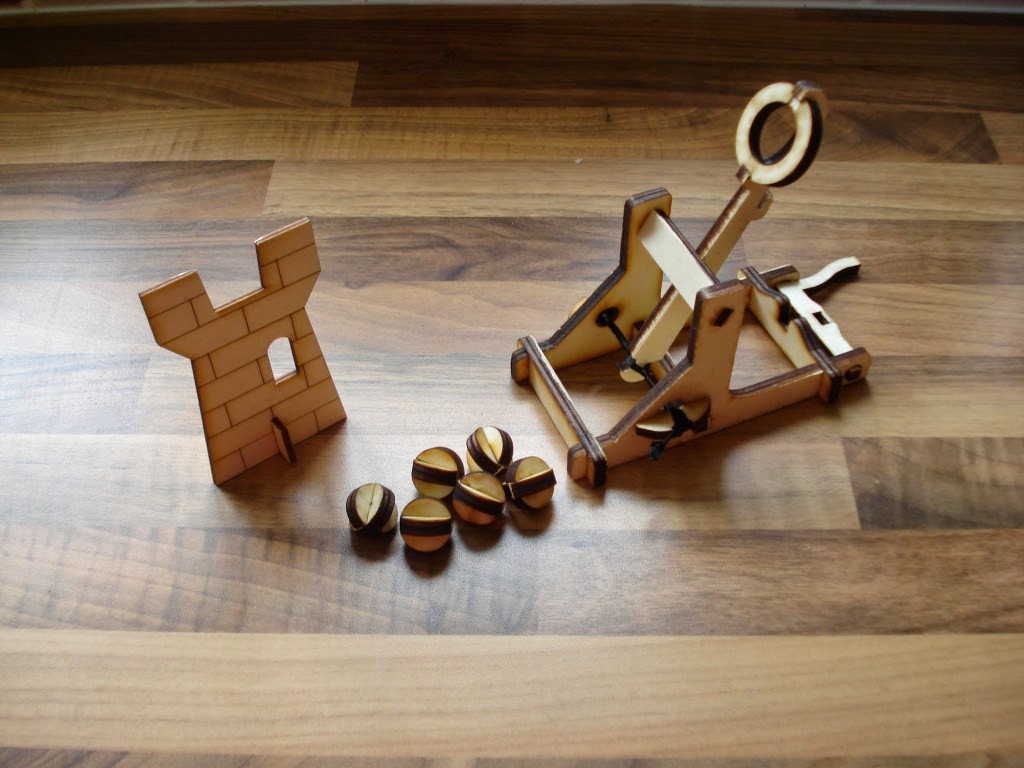 After the longest period of time trying to figure out what I'm going to do with this catapult design I have finally put it into production and am now listing it in the store. I decided that kickstarting it wasn't going to work and now I have access to a higher powered laser cutter there is nothing stopping me from making them already. https://msraynsford.myshopify.com/products/catapult-kit
Read more 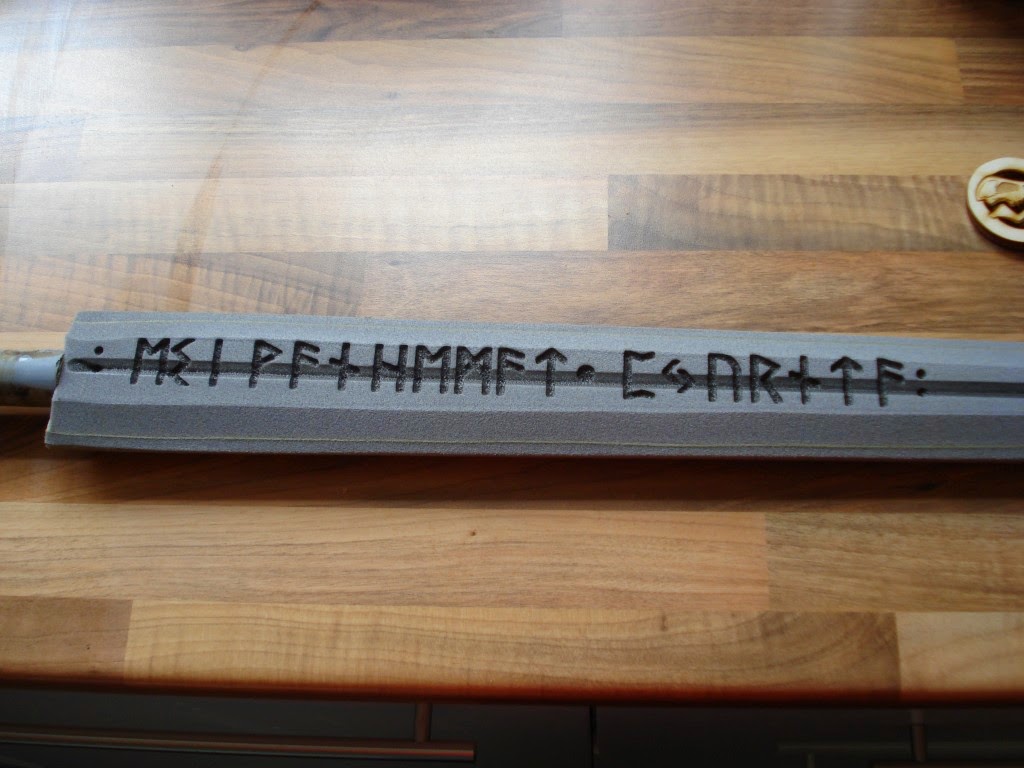 I've recently been doing a bit more work for Eldritch , they have a few orders in the works that they want laser cut parts for. The LD45 foam cuts really easily. Sadly all 3 of these things aren't quite right (which is why they're not deserving of their own posts) but I'll take another shot at them as soon as possible. For now I'm working on another Maxi map for The Vale
Read more 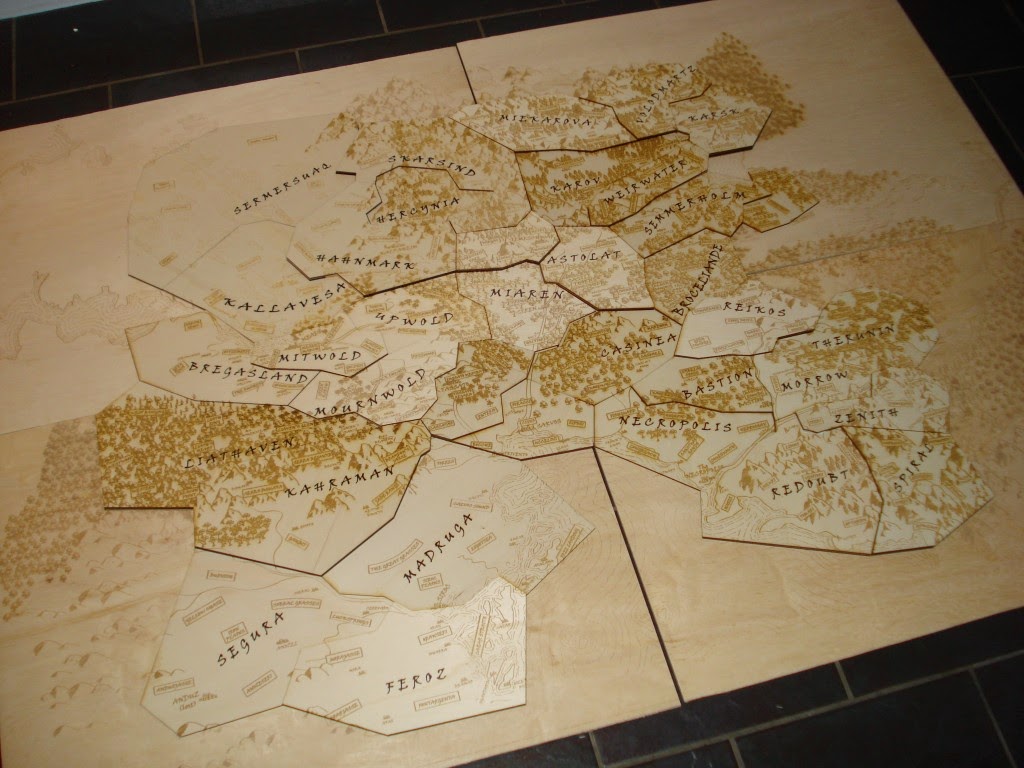 After the mini map comes the inevitable maxi map. Prototyping an item of this size is, of course, logical and sensible but it can't iron out all the creases for you. Each region on this map was cut as a separate section, to more clearly define each territory. Each region has a different heigh to most of it's neighbours, loosely based on whichever tile has the most mountains.   One of the regions was just too large for my laser cutter at home so I had to take it to Nottingham Hackspace and use their shiny new machine . The base boards were also cut and etched on that machine, each 800x600mm etch took just 90 minutes on that machine.   Just like a giant jigsaw puzzle the map slowly came together. L ast time  the region names were just etched into the plate and they disappeared into map, this time I chose to outline the letters instead (and making sure they weren't engraved) I think coloured the letters in with a sharpie pen to make sure they stood out.
Read more
More posts