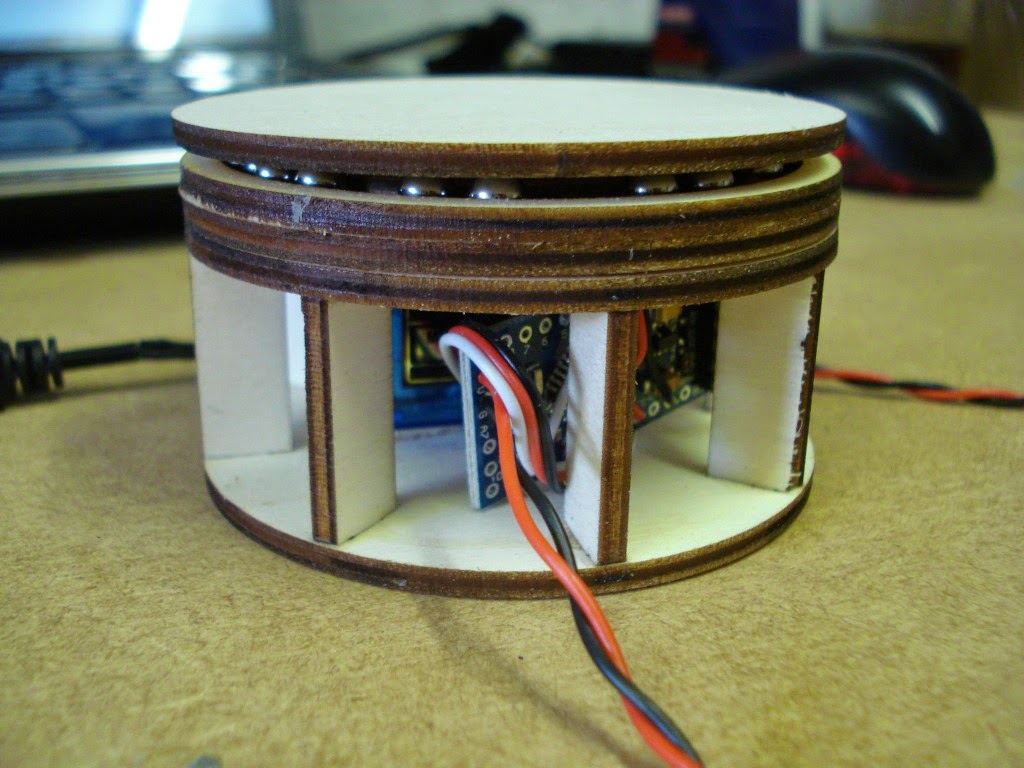 A new project came to me this week from someone I met through Nottingham Hackspace. It's potentially quite big and certainly lots of fun so I'm keen to take it on but I can't tell you guys exactly what it is yet I can only show you the bits I'm making. This is the first bit, a prototype turntable mechanism I knocked up quickly using parts from the garage.  The turntable is driven by a cheap 9G micro servo which allows it to turn from 0-180 degrees. This is cheap and nasty and judders while it turns but at least it's functional. The turntable itself uses a lazy susan style ring like the mini digger  which prevents the load from being put on the servo, instead all the weight is transferred into the structure and the servo just has to turn a relatively low friction bearing. In testing it appears to be quite effective, rotating that 2.5Kg load without too much difficulty.
Read more
More posts