Things that keep me busy 3 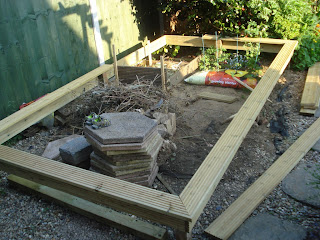 We're adding a veg plot to the back garden, I decided to put this in a raised bed that mirrors the beds we have in the front garden. I've been making the most of the sunshine but it's been quite hard to move this project along with a small child helper clambering all over it. It's changed again since this started and it's now pretty much ready for some soil.
Read more

Things that keep me busy 2 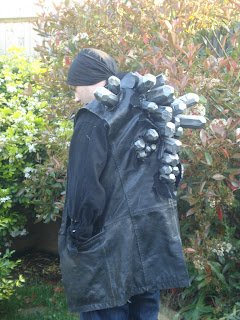 One of my other hobbies is LRP , I end up making a lot of my own kit for weekends away. Although not entirely new my kit had taken some beatings in previous combat so it needed fixing and I also added a layer of metallic paint to the crystals for extra effect.
Read more

Things that keep me busy 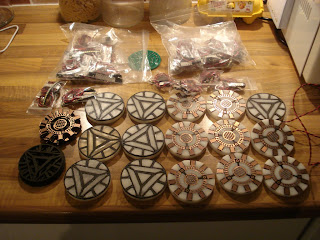 Another Iron man post but it really is hectic since the release of the avengers film. Above is a photo of the last weeks worth of orders, I'm not complaining but clearly some of my other activities are falling behind. Tonight does count as a laser cut though because I had to make some more molds to squadge the polymorph into. With two molds I can fill the second while the first one is cooling.
Read more

I realise there has been a lack of items over the last week but I'm just so darn busy. I'd love to say that it's because I've been making something awesome to take to the Derby Maker Faire next week but it's other things occupying my time, unpacking has moved to the bottom of the list. I have made a few non laser cut things though so will try to get those posted up shortly. I'll be taking my laser cutter along to the Maker Faire this weekend so if you're in/near Derby then come along and see me, and hopefully I'll get some cutting done while I'm there.
Read more
More posts