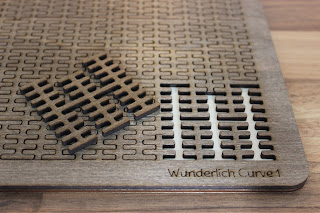 The first time I ran a kickstarter I just kind of launched it and told a few people once I'd done it, the whole thing funded in 24 hours which was great news. This time around I was a bit more prepared, I contacted people in advance, sent out some samples for review and generally made people aware that it was going to happen. This time I was 100% funded in 1 hour 58 minutes. I realise I was only asking for a paltry £1000 each time and it doesn't really bear any relevance to the amount required to complete the task but it's still nice to see that people were keen to be involved this time. We hit nearly £4K in 24 hours which is a promising start, now I need to push it a bit to keep up some of that momentum. In general though it looks like it's going to be another successful campaign and I'm going to have another busy month.
Read more

Fractal Puzzle Kickstarter has been launched 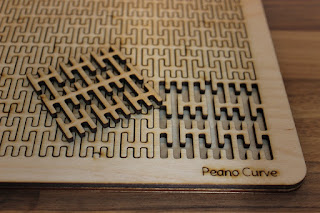 I just launched my new kickstarter campaign for the second set of fractal puzzles, now is a good time to jump on board and grab yourself an early bird bargain. https://www.kickstarter.com/projects/msraynsford/wooden-fractal-tray-puzzles-2
Read more

Kickstarter at the ready

With my Kickstarter campaign ready and waiting for approval from Kickstarter I can positively say that my new puzzles are going to launch any day now. With the puzzles so close I can also announce that there will be another set of four puzzles based on the Peano curve and variations of it known as the Wunderlich Curves.  Curves 2 and 3 are very standard puzzles compared to the original set of four, I simply found the repeating sections and subdivided the puzzle accordingly, it makes them just as tough as the originals to solve. The Peano curve and Wunderlich Curve 1 were quite a bit harder to create and I had to wait for inspiration to strike. The repeating section on those puzzles is obvious but it was hard to find 13 different ways to split the puzzle without making it too simple. I'm sure you'll appreciate the solutions I found and enjoy their fiendish new complexities. My extended family were subjected to timed testing a few weeks back and nearly all of them ga
Read more
More posts