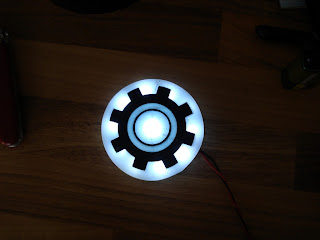 Apparently at the start of Iron Man 2, Tony Stark shows the 'original' arc that supposedly was used in the first film. The thing that amuses me is that the arc is different to the one used in the first film. I've not watched the film since to confirm if this is true but I was sent some screen caps by a fan who requested a custom arc to match that one. I duly laid out the details and made the arc and because it's a simple job gave away a custom arc for the same price as the normal ones. Somebodies lucky day. 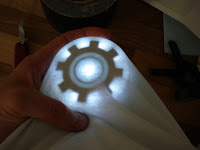 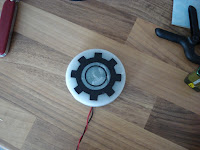