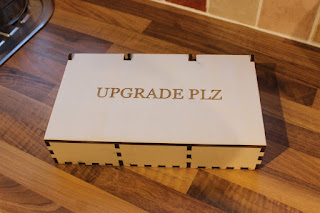 I wanted a quick box for Vale this weekend so I knocked this up from 6mm poplar, the joints are all a little bit tight and I have a weird feeling my laser isn't cutting vertically again. I wanted the lid to be secure so I put two more hinge points onto the lid. I'll gloss over the inscriptions as its too complicated to explain :) (svg here) 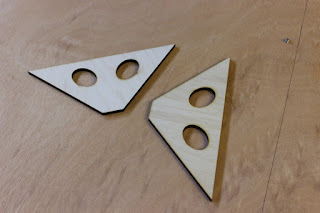 Dominic has been a fan of these assembly brackets for some time now, he even went as far as making a set and posting them onto thingiverse. I had to glue some wood sheets at right angles to each other and these seemed to be the right thing for the job so I cut myself a set too and glued everything appropriately. Pretty useful but mine were only 6mm thick to tended to flick themselves flat until I got the second clamp into place. 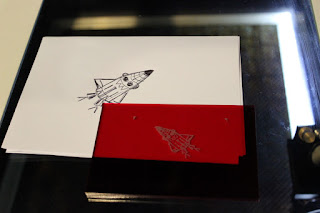 The third and final project from this years maker faire was a webcam capture program that would easily digitise children's drawings and then send them down to the laser cutter for engraving. The webcam holder with led lighting to illuminate the drawing. I used a c# wrapper for the open CV library to capture images from the webcam, a little bit of filtering to remove pixels that weren't black enough. The image was then converted to G Code, and transferred to a GRBL controller that was wired into the Greyfin laser cutter. The G Code simply drives the laser to the next black pixel and burns a single dot for each pixel, repeat for each black pixel in the image.


The program ended up being a bit of a mess as it evolved throughout the course of the weekend. It's got some nice features though such as the ability to capture or load an image for engraving, automatic detection of GRBL devices on the serial ports and free text sending to control GRBL directly. I've attached the c…
Read more
More posts 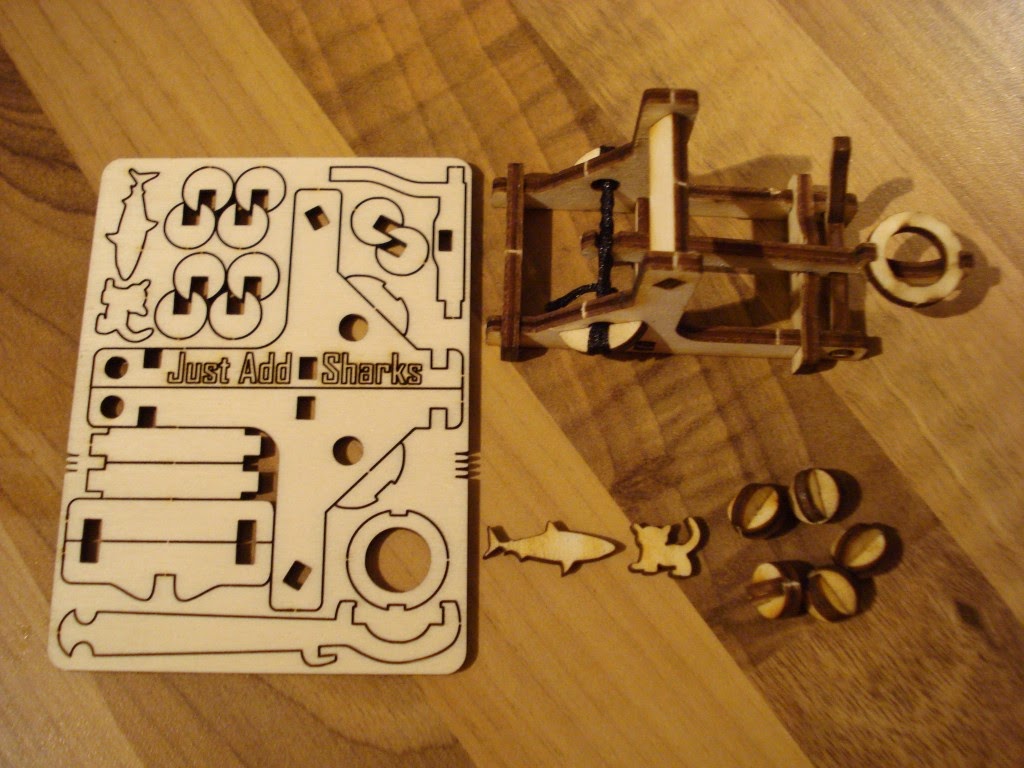