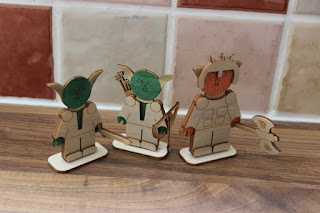 My friend Ed was making these pancake pawns on his 3D printer for sale on Etsy (not available currently). They're cute and he's got a wide range of them now so I wondered if I couldn't make something similar on the laser cutter which would be faster to produce. The laser cut version were definitely faster and had the option of adding colour but they're a little bit large and I never got round to shrinking them down to see how small they could go (The new laser would probably excel at the details though). It's another one of those projects that would go a lot further if I was actually interested in D&D myself :) 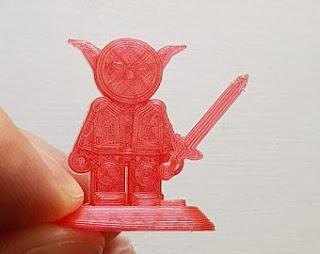