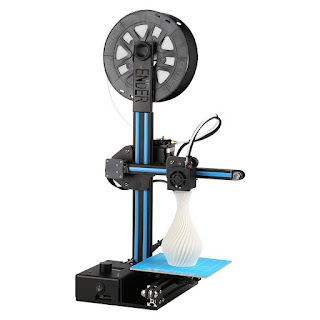 Way back in March when my 2nd kickstarter was fully funded and I had a bank account full of money I was directed towards a 3D printer deal that was just too good to pass up. For £100 you could purchase the all metal Creality Ender 2 printer (still available for <£100 from aliexpress). Instead of being a kit this machine only needed minor assembly to make it all functional, I figured I would get it up and running once I had completed fulfilment. 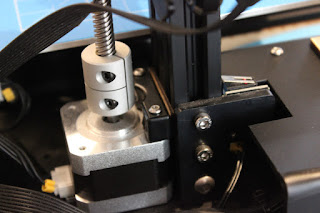 The Ender 2 has a few known issues, the cantilever style arm is prone to droop and the threaded rod for the Z axis is off vertical. The later leads to some issues with printing larger items and one of the first recommended prints is to create a bracket shim for the stepper motor to bring it all back to vertical. With my machine this angle was so pronounced that the thread jammed and the stepper wasn't able to move the Z axis. This left me unable to 3D print a new shim and the whole printer basically spent 6 months on the bench waiting for me to look at it. 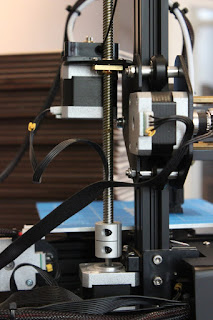 The actual shim only took 20 minutes to measure and draw and less than 1 minute to cut, like many things I can't believe it actually took 6 months to get to this point. Once the shim was in the printer booted fine and produced a rather nice looking sample print. The whole unit is now ready to be put to work. 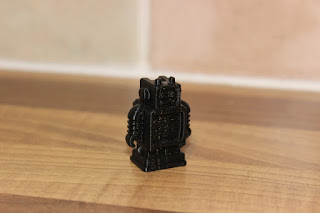