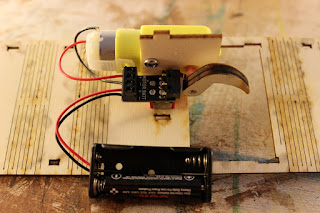 I don't think I've ever talked about the hinge mechanism on this box which makes the whole unit possible. The sides of the box protrude up through the top surface of the box and form the hinges for the flap. Two 3mm pins on either side of the flap hold the flap in place and allow it to rotate freely. The sides of the box overlap into the hole slightly which prevents the flap from falling back through the hole and allows it to rest in a closed position. 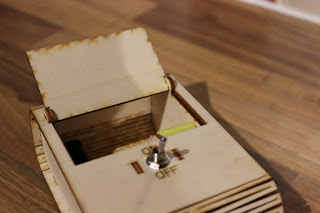 I did manage to snag the living hinge section packing up from the exhibition and it cracked slightly, I glued it as soon as I got home and it was barely noticeable, I'm just pleased it happened after. 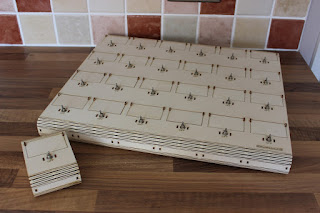 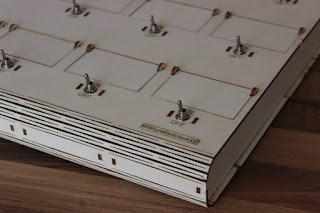