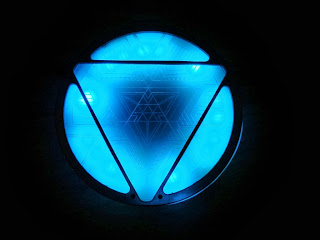 I have already taken one shot at the Iron Man 3 arc reactor, but that was back before the film was released and the only shot we had of the arc was through Tony Starks T-shirt. Since then Marvel has released some official merchandise and there is a short scene in the film where Tony walks around with a torn shirt with the arc out.
Most of the arcs I've seen are just basic triangles but I wanted to include some of those line details on my new arc. I had to put 2 layers of details on the arc, the basic triangle is on silver engraving laminate, the second layer is clear acrylic and the line details really catch the light coming through from behind.

The colour is the hardest part, the arc is cyan, but Cyan LED's appear green. To get round this problem I'm actually using RGB LED's and I turn on the blue and the green LED's at the same time. Because of this there are actually twice as many LED's in the arc and it shines uber bright. The batteries won't last as long but you should still get a whole evening from them. (svg here) 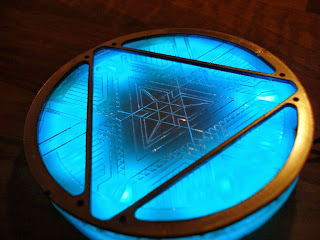 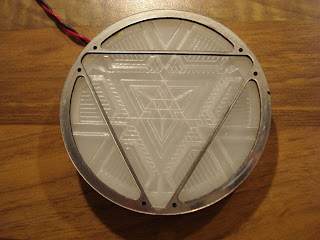 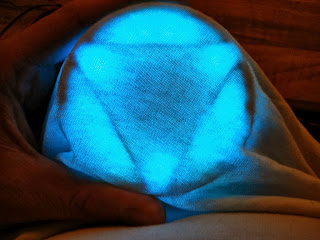