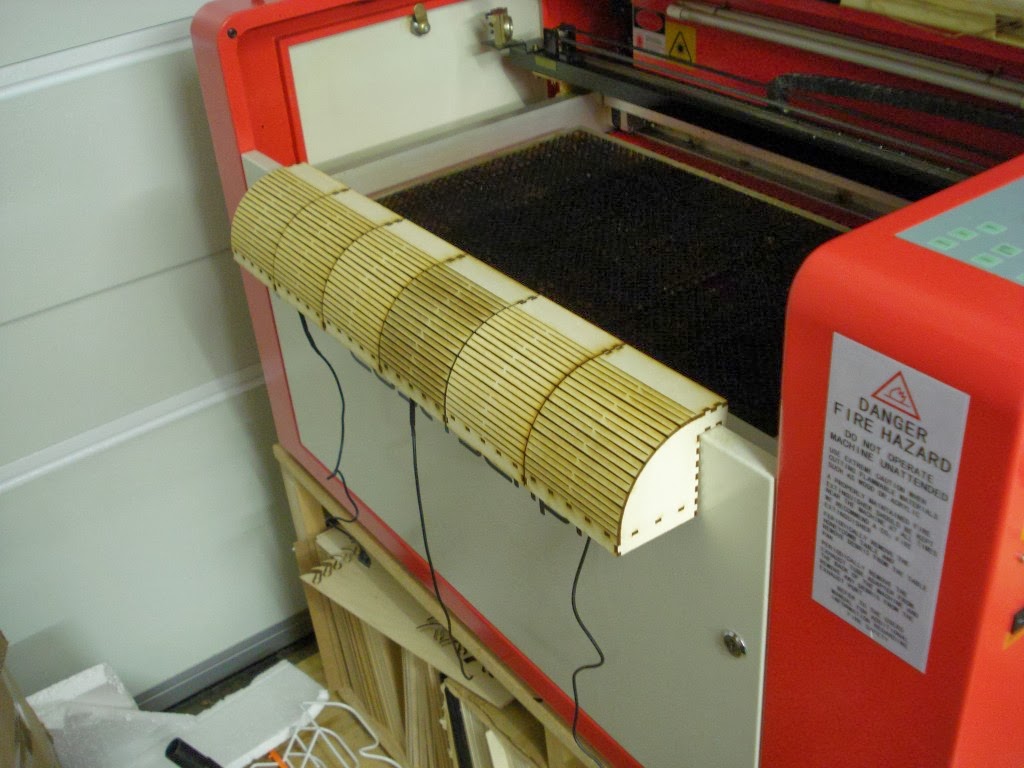 The extraction on my HPC 3060 is terrible, I've mentioned it before but since I've had a second machine to compare it against it is much more obvious how bad it is. The Blacknose has the extraction outlet immediately behind the work and you can see the fumes going up it. The outlet on the 360 is in the back of the laser at the bottom with a grill in the way. The fumes are expected to go round a bend cumulate in a small area and be drawn out of the hole in the back of the machine. Combine this with the fact their is no obvious way for the air to be drawn into the machine and it just lingers around, which probably helps explain why my machine got so sticky in the first place.

So I've got a 3 phase approach, phase 1 is to find some way to put new air into the machine. I've decided to pump some air into the front of the laser. I can lift the lid a whole 15mm without affecting the magnetic switch, and without exposing gaps down the side of the lid so the smoke will stay in the laser. I created these funnels to mount a row of CPU fans in such a way that they pump air in through the gap. The curve gives them a nice aesthetic and stops them getting in the way while the laser is in use. They have the added advantage of pointing the fans (and therefore the fan noise) down rather than out into the room.

In initial tests these are very promising, the smoke no longer lingers above the work but I'm not entirely sure it's headed out the fan unit yet. I also fitted them with 5V and overran them at 12V to add some extra oomph, I never expected them to start burning out within a few hours, hey ho, new 12V fans are on their way from ebay already. (svg here) 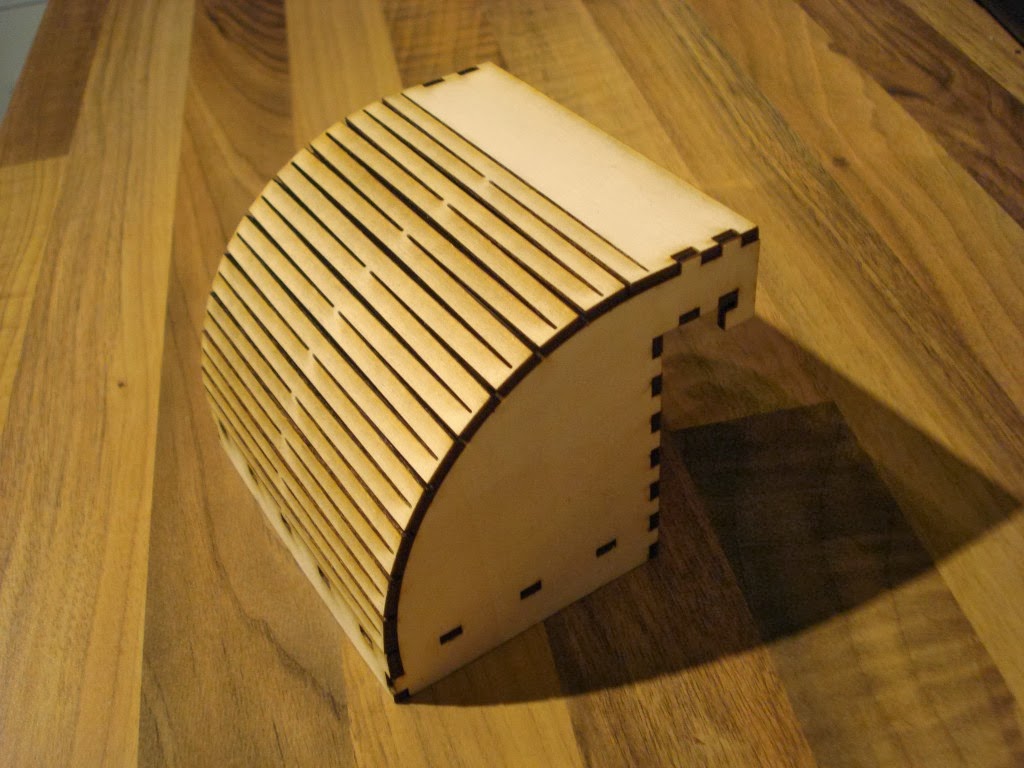 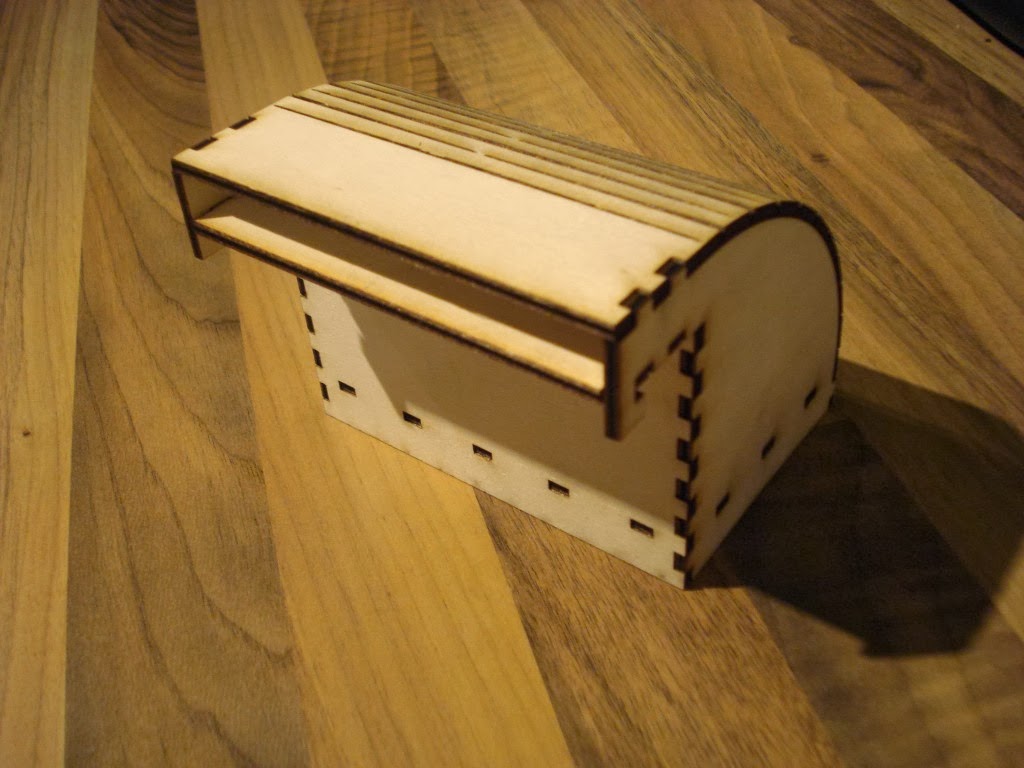 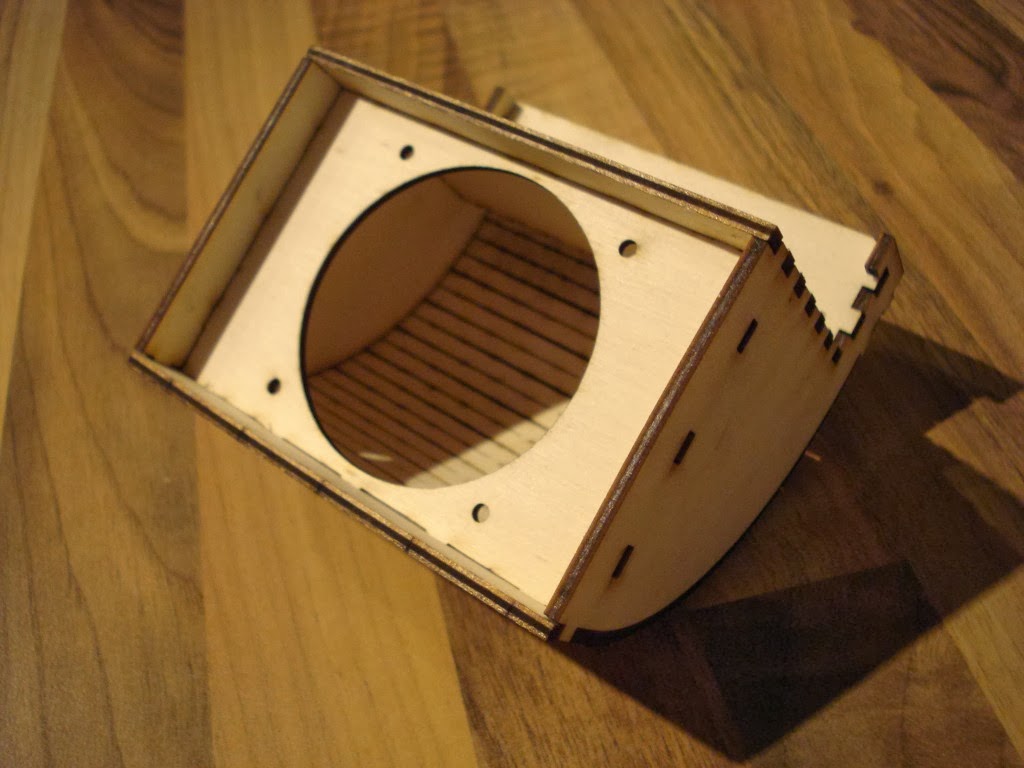 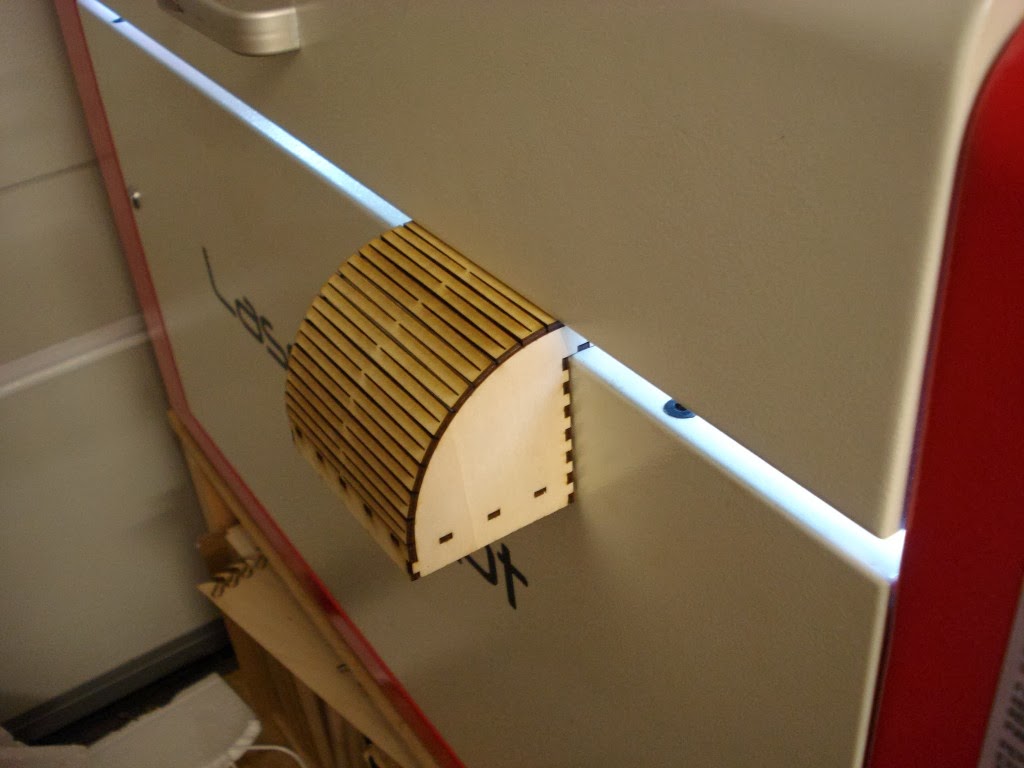