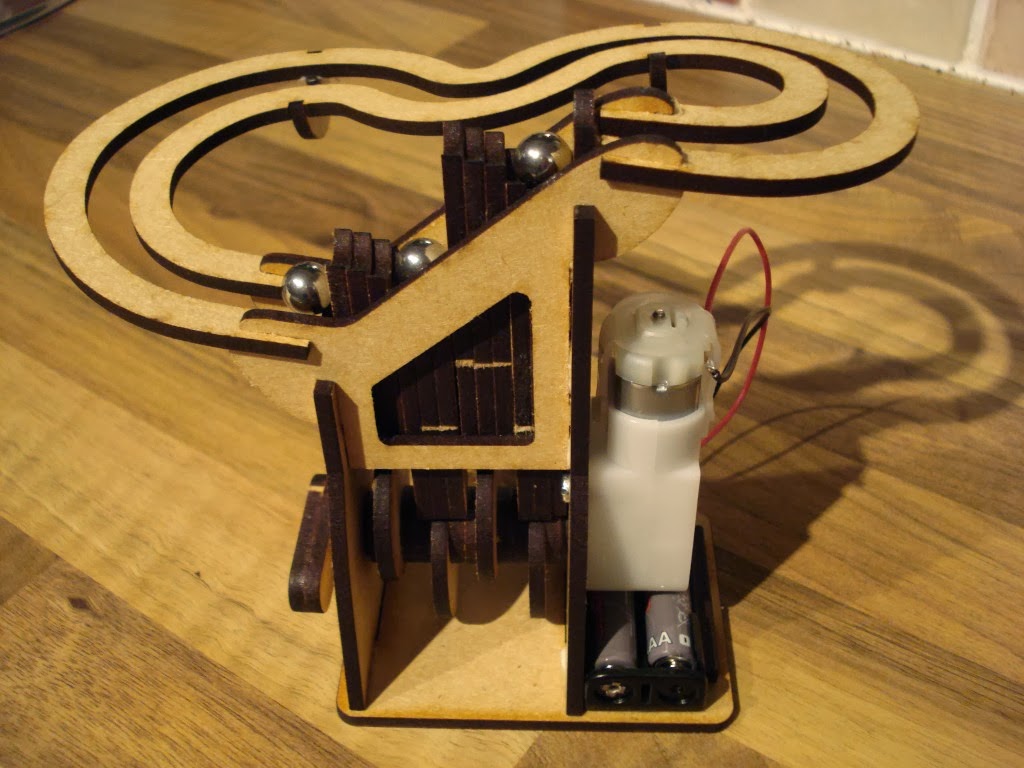 My first collaboration. When I made my first marble machine, it was spurred on by the busted bricks marble machine released a few months sooner. Michael went off and modified his marble machine to produce a simpler version using purely laser cut parts, and 10mm ball bearings. In the meantime I struggled to produce a staircase version of my own so when I heard that Michael was closing shop and leaving the country I enquired about producing a variant of his kit. He cracked all the hard work but I polished it up a bit, exposed the marbles on the staircase and most significantly added a motor to the works.

This kit is now available for sale in my shop. 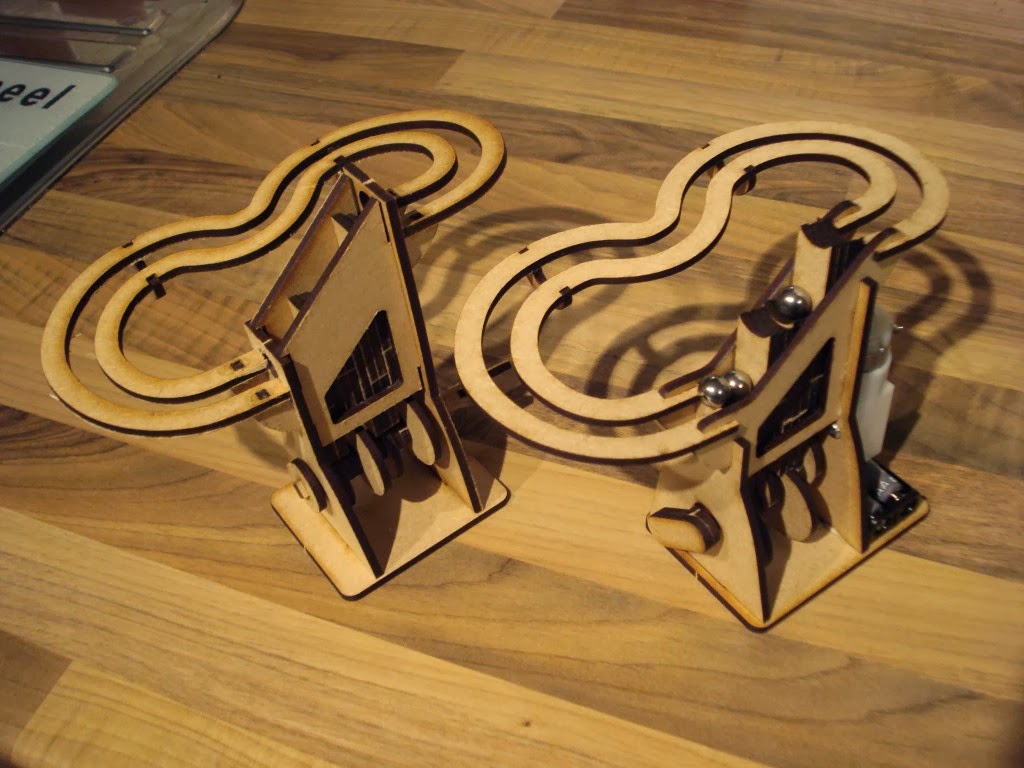 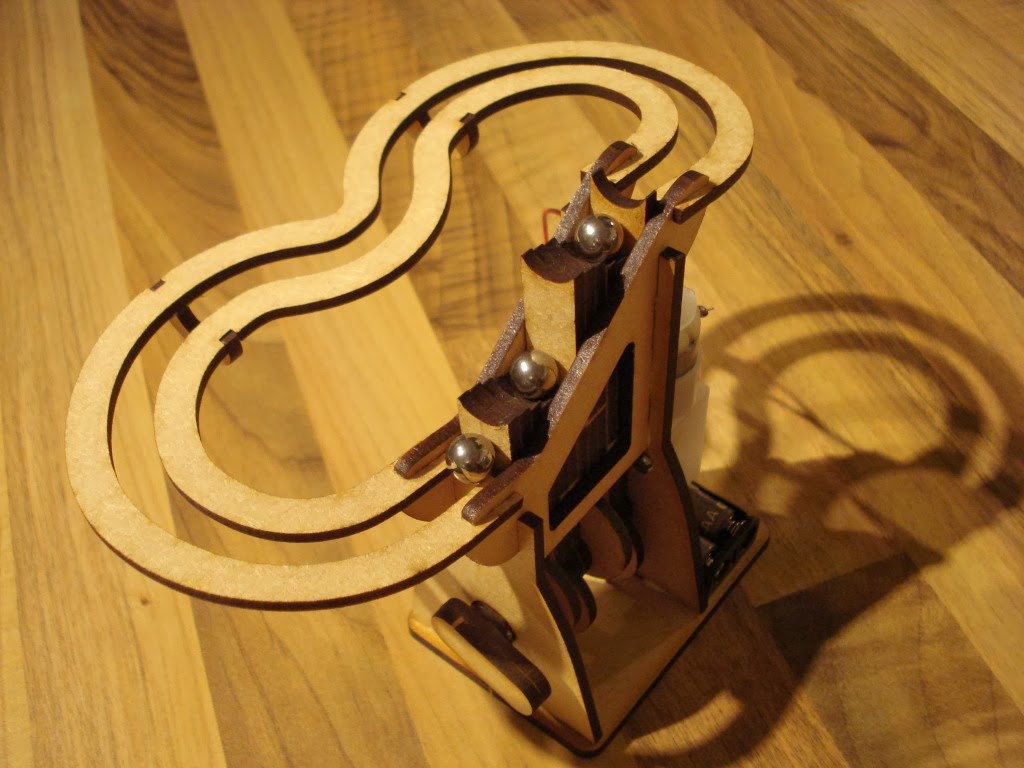