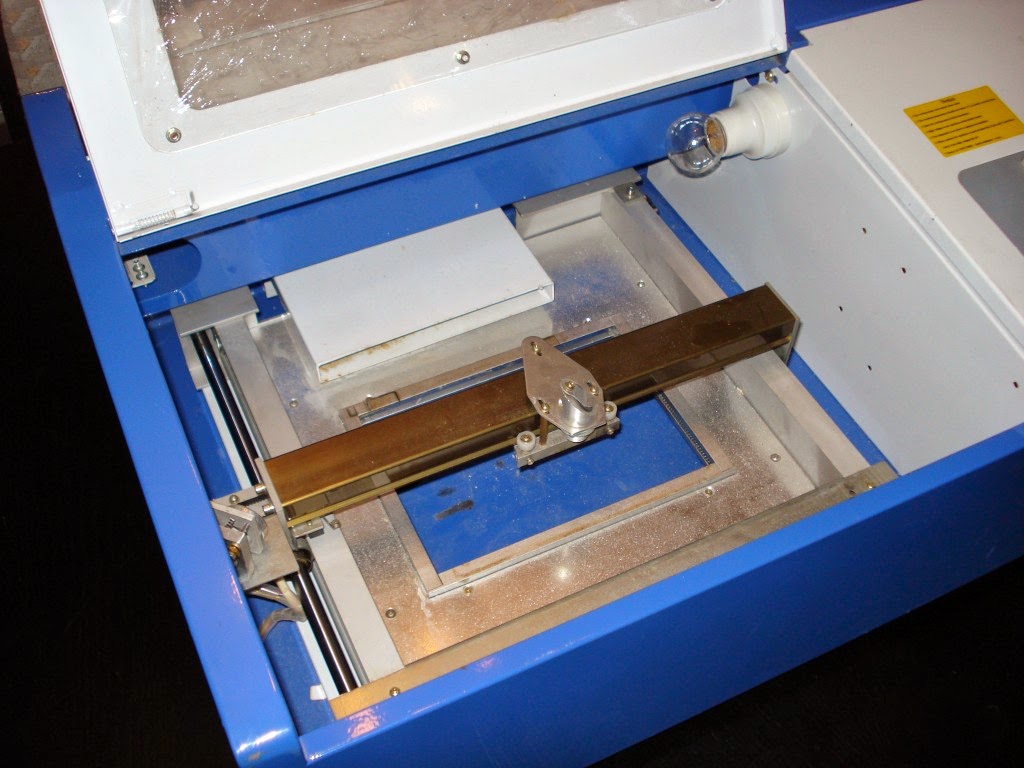 The XY frame collided with the vent at the back of the blue laser cutter. The vent is possibly just a little bit high for it so I looked at how to bring it down again. You can tell that someone else had a similar idea because the metal frame at the back of the laser was bent, presumably by someone leaning on the vent internally. I gave it a bit of straighten and put 2 washers in between the vent and the back wall. This dropped the vent down by almost a centimetre and gives it a generous amount of clearance.

I have also been informed by the previous owner that when the laser was first turned on the XY frame tried to zero itself but it couldn't, instead it scraped itself down the side wall of the laser leaving a mark there. They had to unscrew the entire frame and shift it right slightly to stop the frame colliding with the wall. 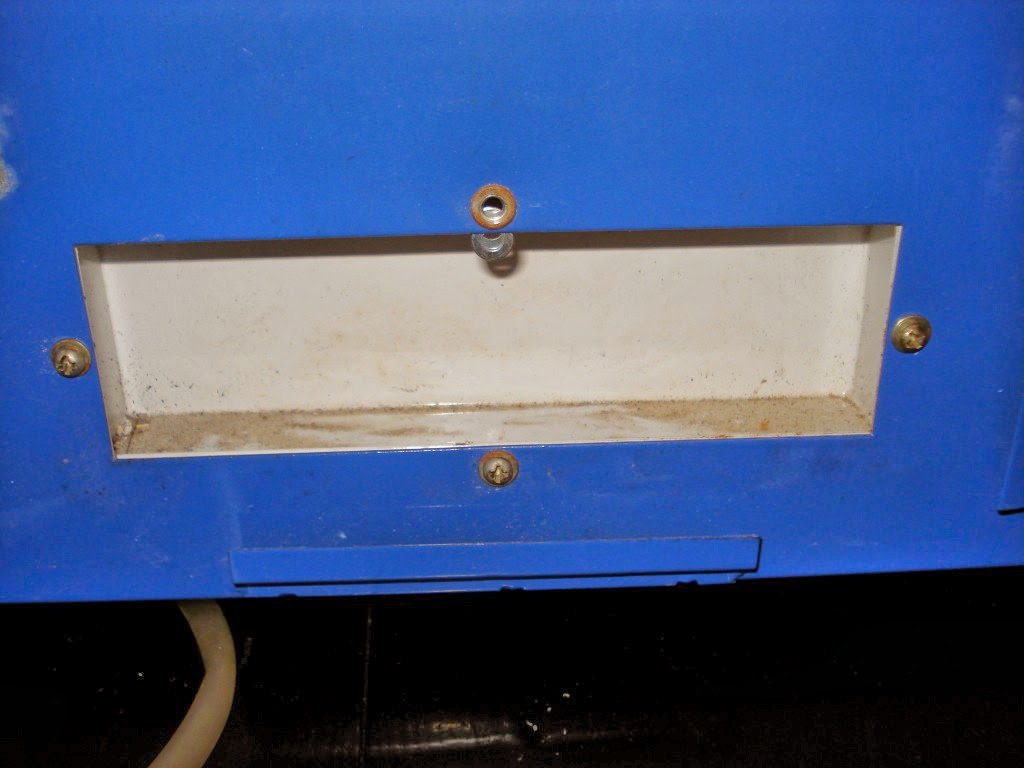 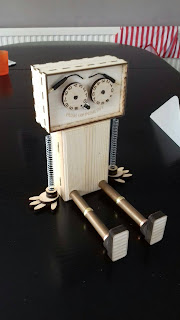