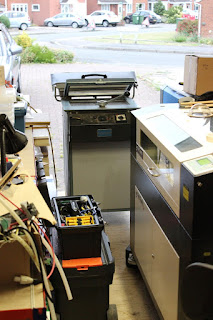 About 2 months ago I was talking about getting some parts vacuum formed so I had a quick look on ebay to see how much vacuum formers were and found one very local that was going cheap (comparatively). It needed to be gone by Monday morning, I found it Saturday morning, and it was a big industrial beasty that would probably need a van with a tail lift to move it. A few quick emails/phone calls later and I'd booked a van, spoken to the sellers, found a friend to help and things were all set for Monday morning. I'd gone from thinking about vacuum forming parts to owning a machine in the space of a few hours.

Moving day was fun, the machine is indeed big, heavy and very industrial. The machine had been unused for a while and the previous owner had it wired directly in to the wall because high currents kept blowing fuses. It was fair to say I was nervous about what I'd just bought but worse case I could just sell it again on ebay (and not being in a rush I would probably make a profit on it with a proper auction).

I ignored the warnings of the previous owners, whacked a plug onto the loose wires, ensured I had a 13A fuse fitted in the plug and connected it directly to the wall. The machine crackled into life literally, the heating elements were getting warm and making plinky plunk noises. The heating tray slid nicely back and forth, the lift mechanism was good and it seemed to form a seal around the plastic sheets. While we were out collecting the machine some plastic sheets had arrived and I was ready to vac form something. Thankfully I had a laser cutter to hand so could quickly and easily make a mould. 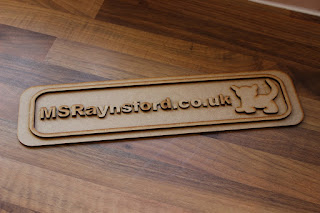 It's a sad design but if I'm going to be posting photos to you lot then I might as well remind you who I am. I fiddled and faffed with multiple sheets of plastic, cursed at failed attempts to pull a mould, discolouration of overheated plastic and ultimately came up with something that vaguely looked like the mould that was under it. The plastic is clear 0.5mm PETG, if you heat it up too much it turns milky white, if you don't heat it up enough it doesn't pull down over the mould. 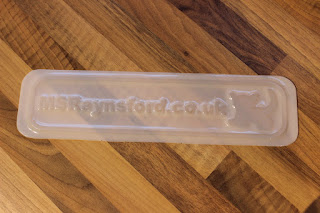 Success, or at least enough of a success that I couldn't return it to the seller with complaints about it not working. The machine was functional, I had questions about the effectiveness of the vacuum pump but sorting all that was just down to my skill and time so it did nothing else for a bit. It takes up a lot of space in the garage and it took a week or two to jiggle things round and find it a new home (This was also the time I decided to lay the wooden floor). 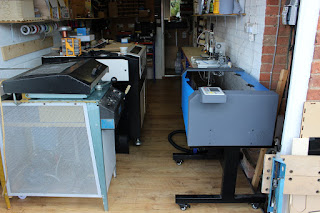 With the vacuum pump not performing particularly well I was still hedging my bets on reselling it. I showed a few visitors and then while I was explaining my woes to my father in law he reminded me that he actually works with vacuum pumps. A quick hour climbing around under the machine he had pulled the pump apart, checked all the pipe seals and given it a thumbs up. He also noted that cleanliness is very important and any piece of grit around the plastic seals would allow air into the mould. All the lips and edges were sanded free of grime and wiped clean, the next pull would be as good as it gets and determine the fate of the machine. 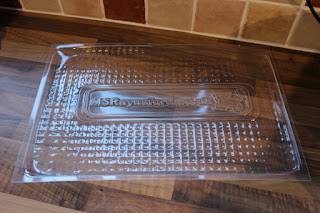 A vast improvement, there's life in the machine after all. The machine was staying, the rest was all down to my ability and with vacuum forming jobs already creeping out the woodwork it wasn't going to be long before it was earning it's keep.