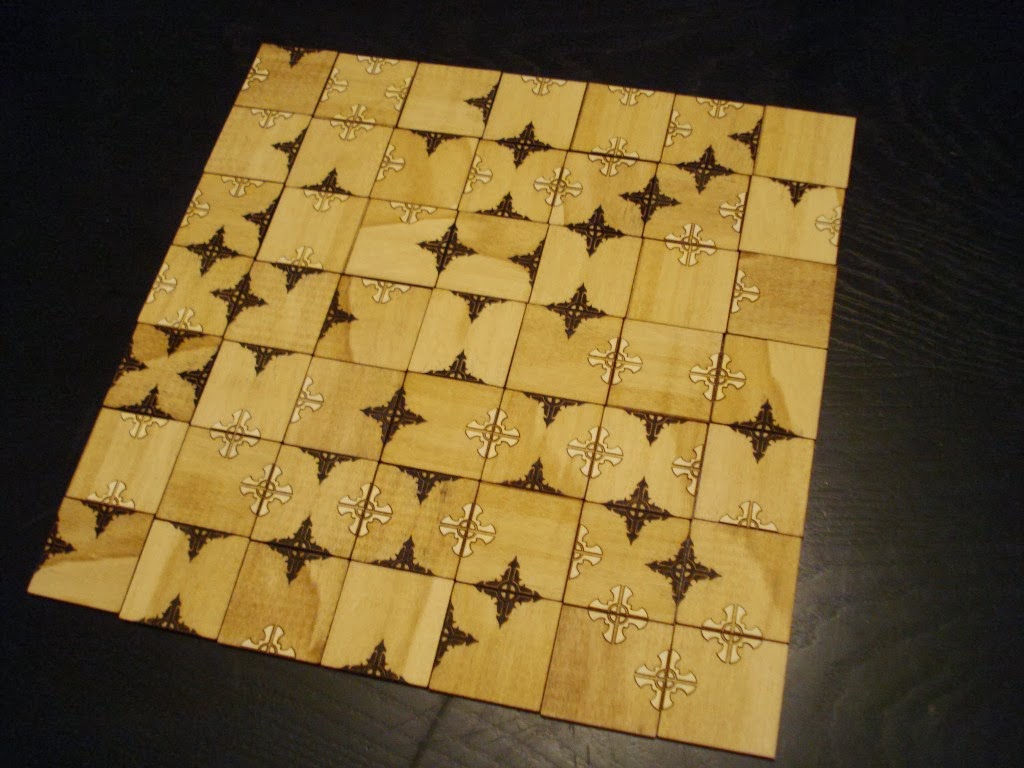 I had a request to make a custom version of Heredox, but not just with different symbols, this variant has 50 tiles instead of 16, different tiles and tile distribution. Thankfully Alexander did all his own number crunching to work out which tiles he wanted, I just modified the existing tile set to match.

I've played both tile sets now and it's a close run thing but I prefer the original set (I'm sure the Heredox creator will be pleased to hear). The 50 tile game lasts a bit longer, this gives you more time to figure out interesting arrangements and blocking moves, but there is a chance that you can draw a tile without any of your own symbols on it so you're forced into making blocking moves. There is even one tile without any symbols on it which feels like a big waste. In fact, 11 out of 50 tiles do not contain your symbol so in an typical game you'll feel like you're wasting 5 of your 25 moves (you only draw half the tiles)

In the standard 16 tile game each tile has both symbols on, you can use this to either build or block and if you're clever about it you can do both at the same time. It's a neat little game, the only negative is that it feels a little bit short but this can easily be remedied by playing best of 3. 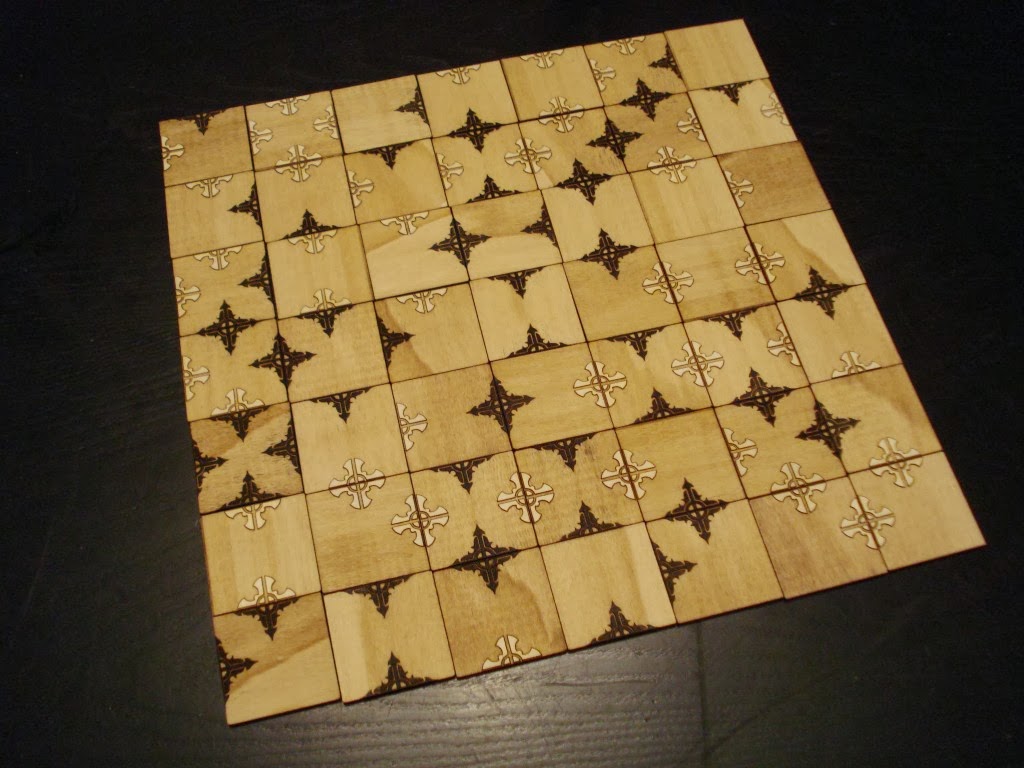 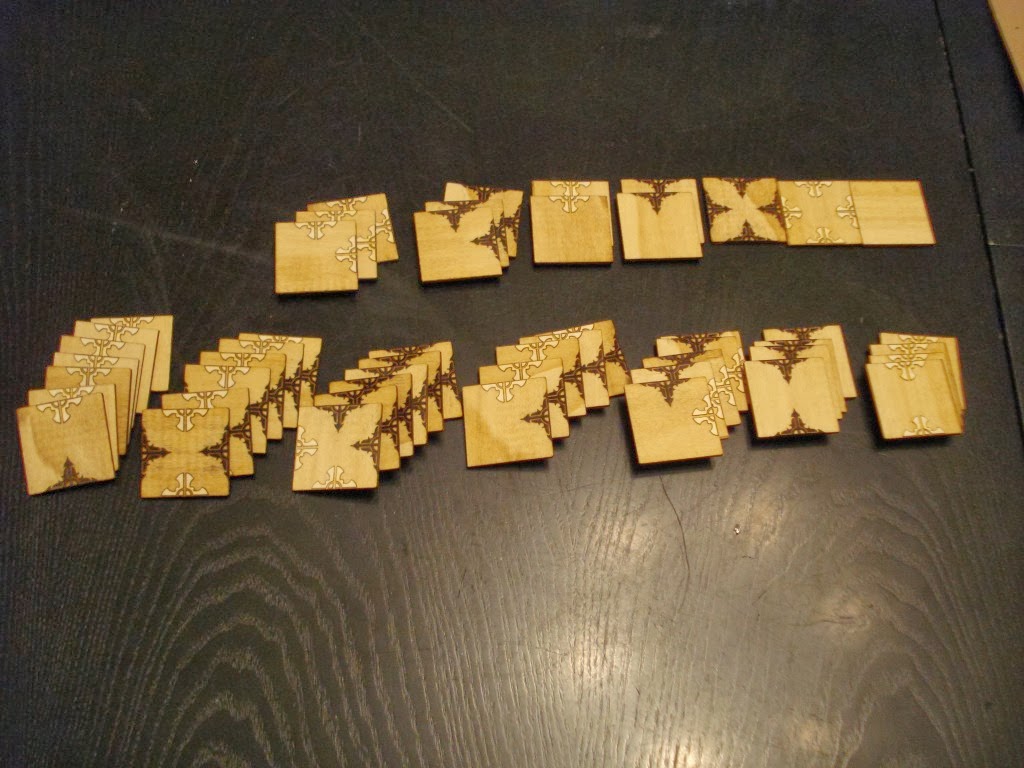 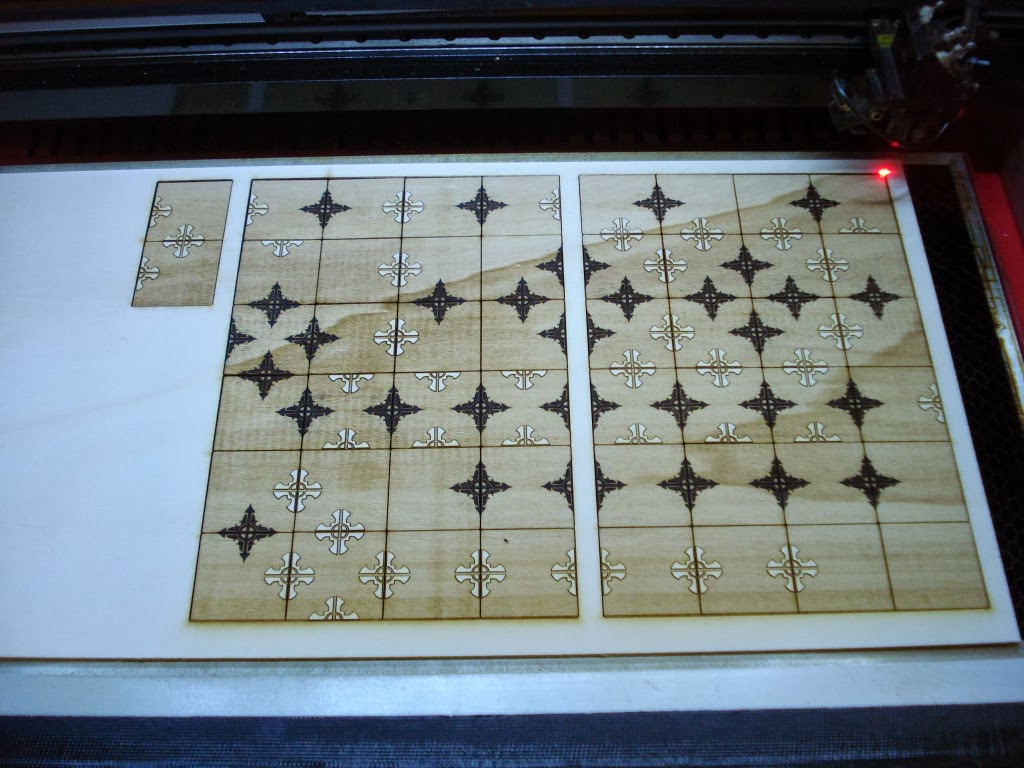