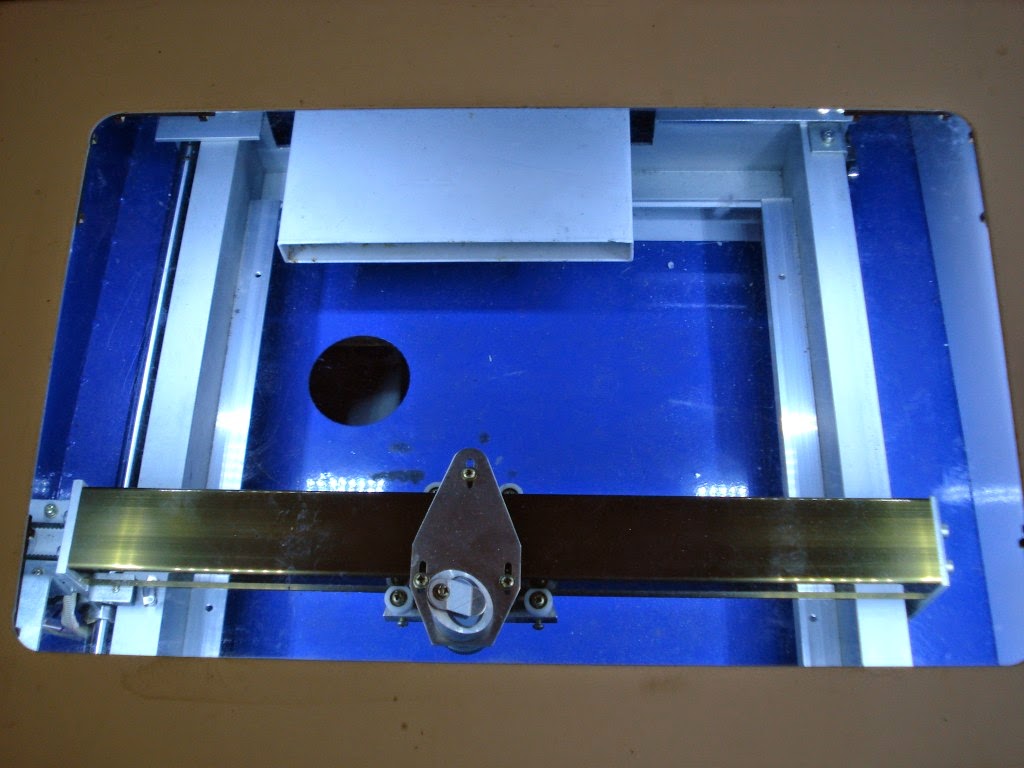 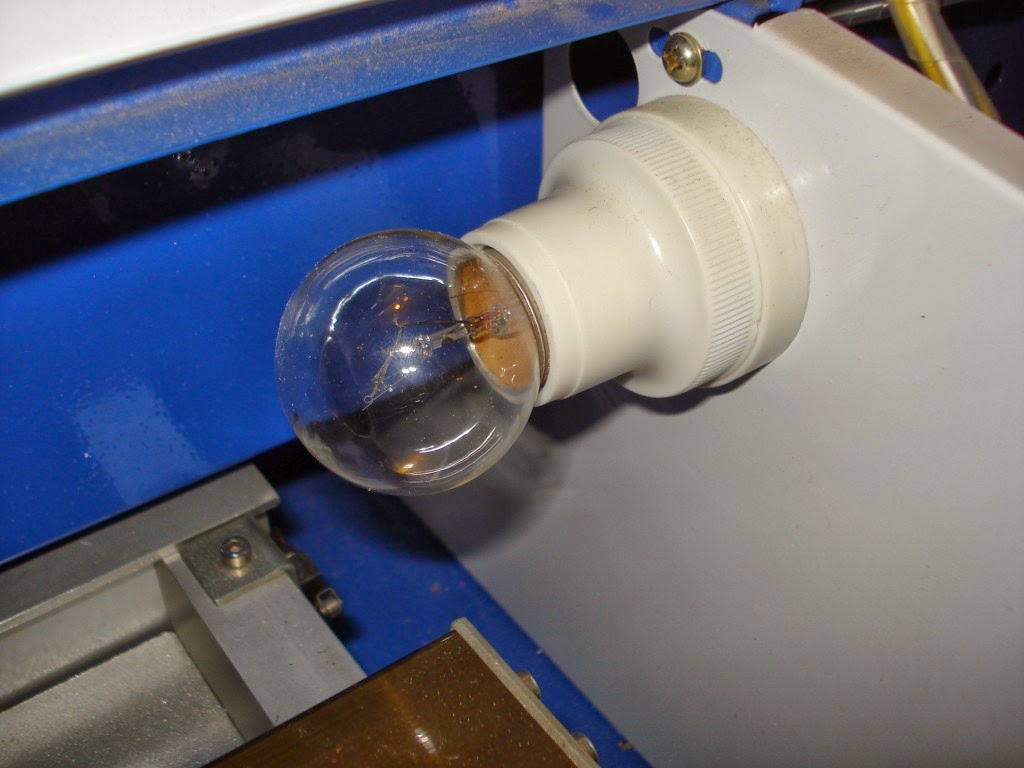 Remember that light bulb in the blue laser that I loathe so much? I already removed it from the machine but lighting is incredibly useful to see what's being cut. I wanted to add some LED lights for decent illumination but the existing wiring just connects 240V up the that light bulb fixing. I could have put an adapter in to bring the voltage down to something use able but then I remembered about an old LED light bulb I had pulled apart. 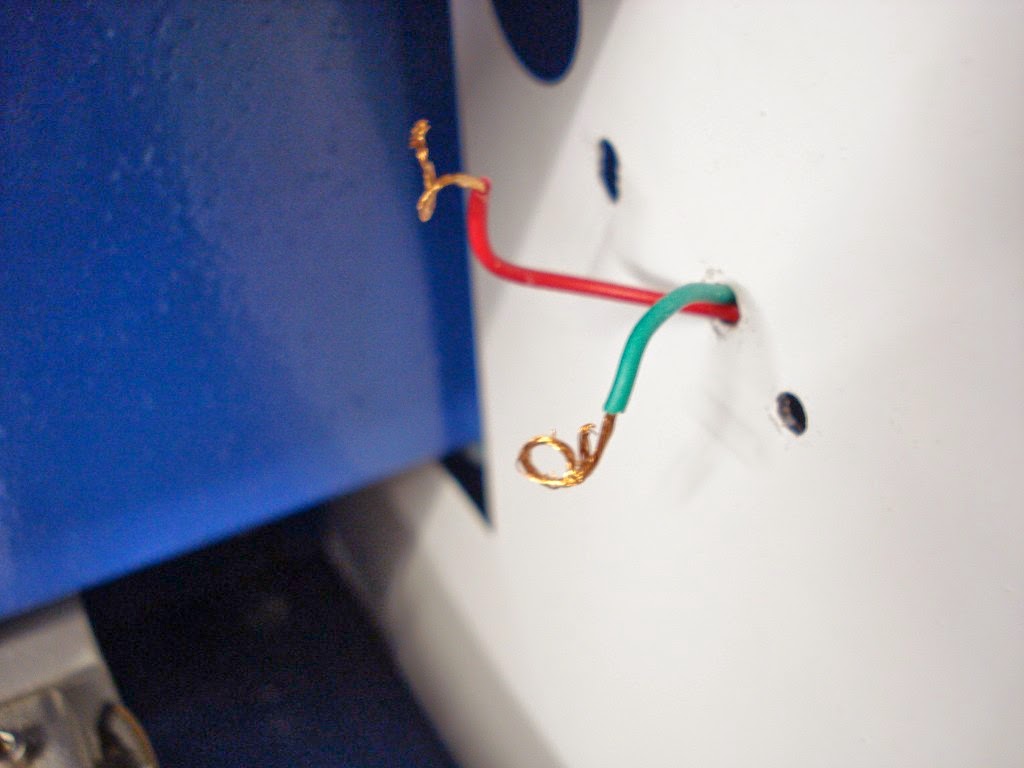 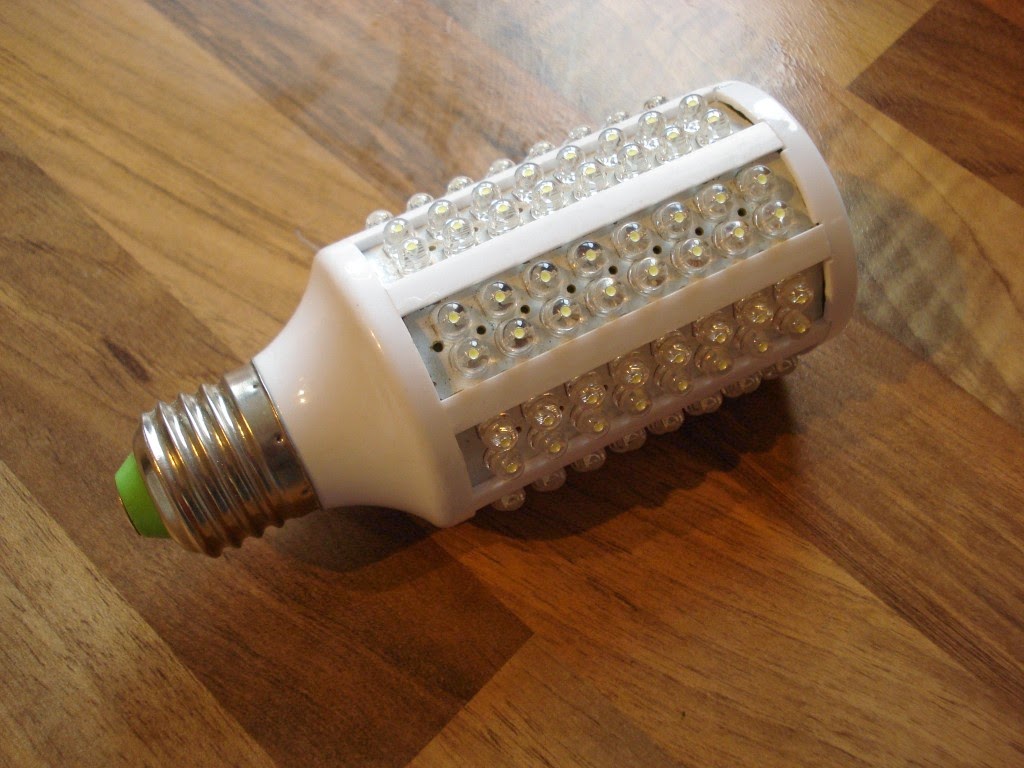 £2.79 will buy you an LED light bulb which operates directly from 240V. These corn cob bulbs are a collection of LED panels, each panel is 16 LED's wired in series. There are 64 LED's wired in series (4 panels) which provides sufficient voltage drop to connect it to the mains. There are two sets of panels in the light bulb wired in opposite directions so the LED's actually provide their own rectification of the AC input. 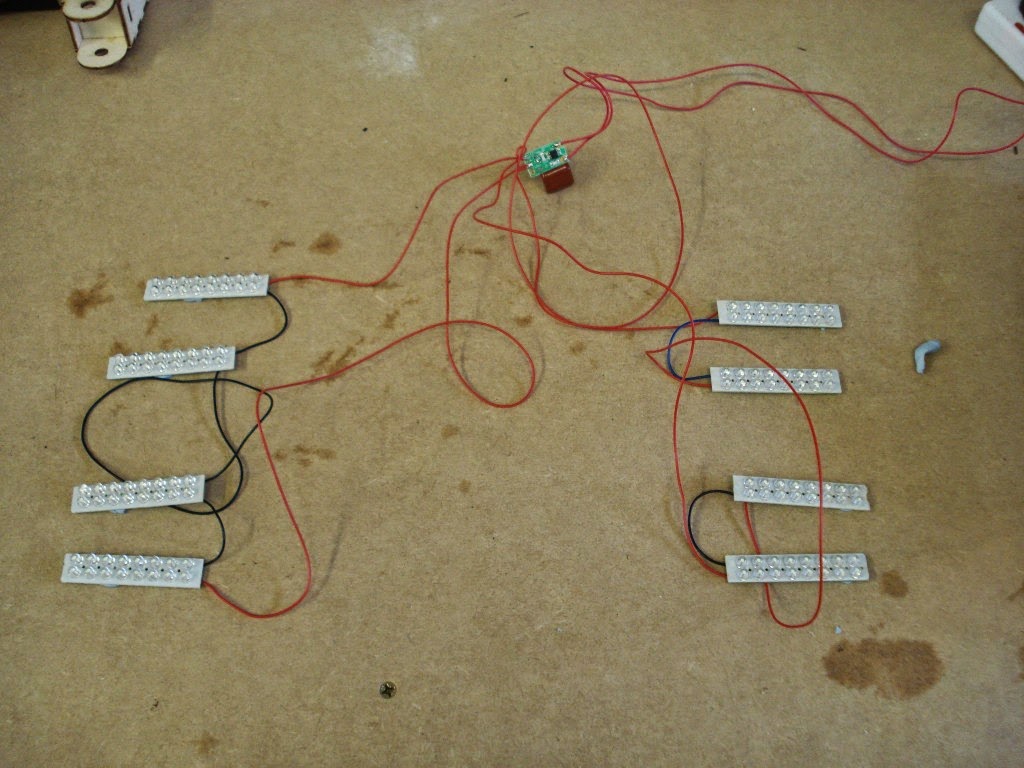 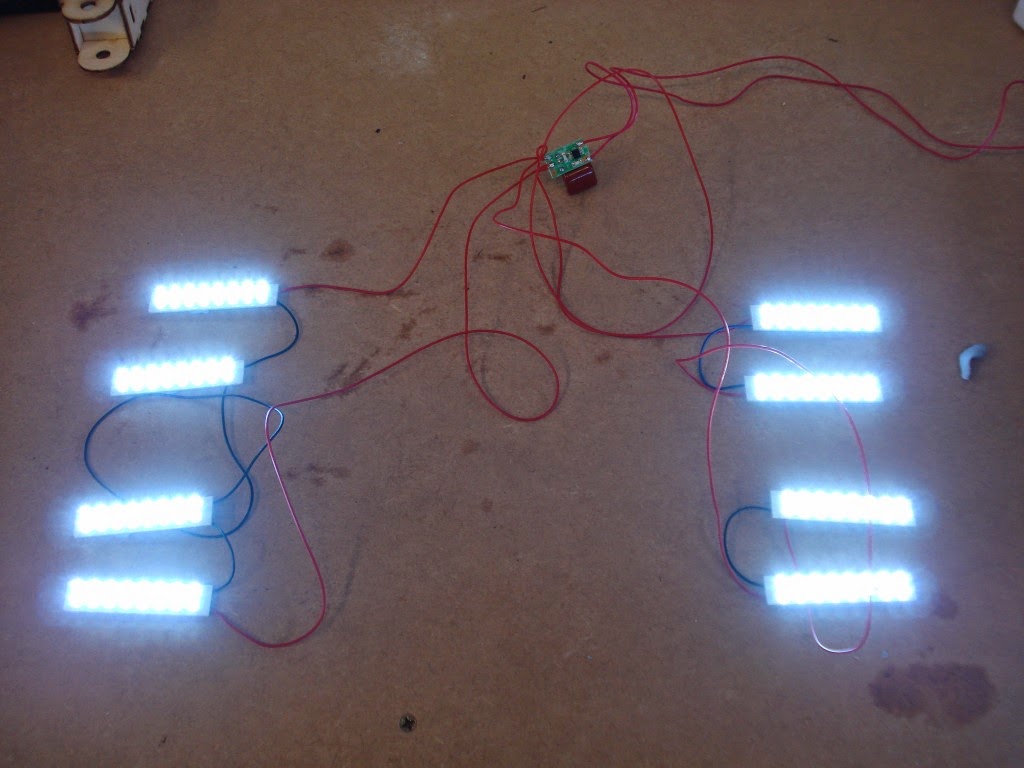 The bulb was pulled apart and the wires all extended to allow the panels to be placed in the corners of the lid. 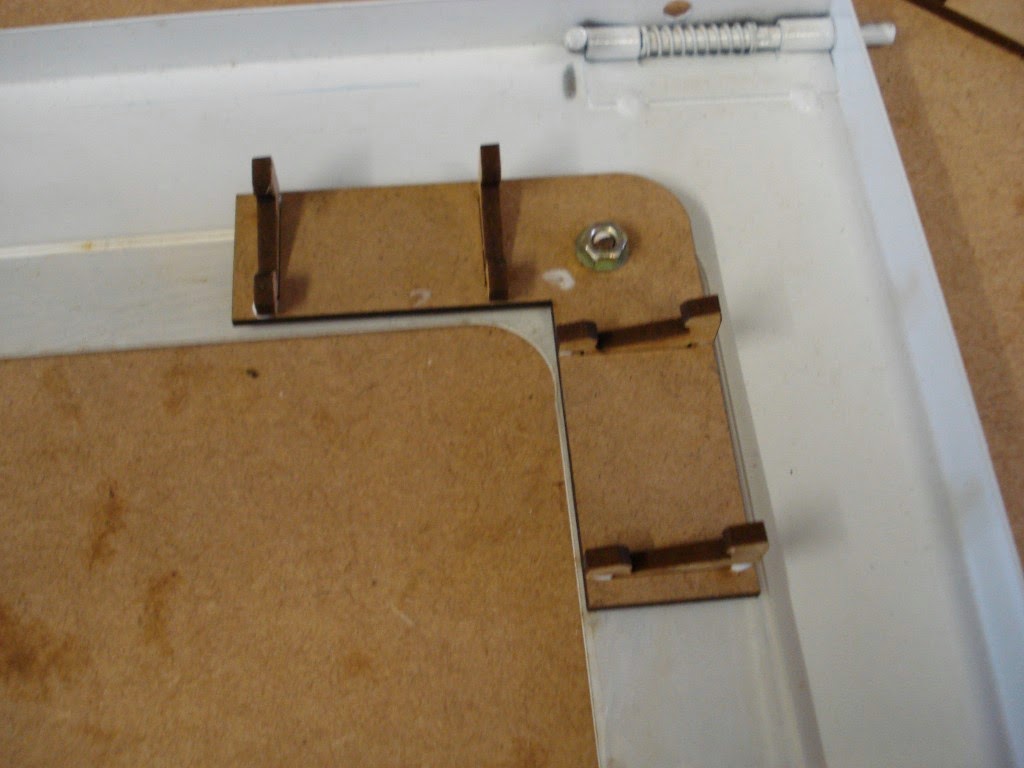 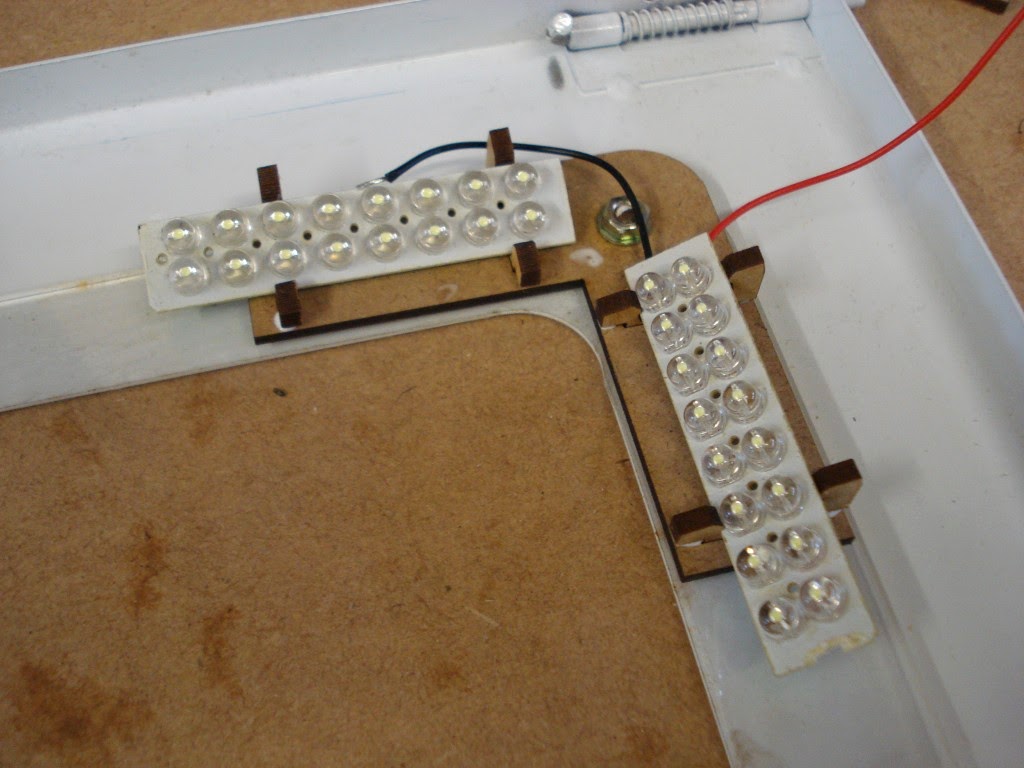 Laser cut mounts were made to hold each panel at a slight angle in the corners of the lid. The mounts affix to the lid with a single nut. After my experiments gluing and taping things inside the lid all failed, bolting things in using the existing fixings is always preferable. 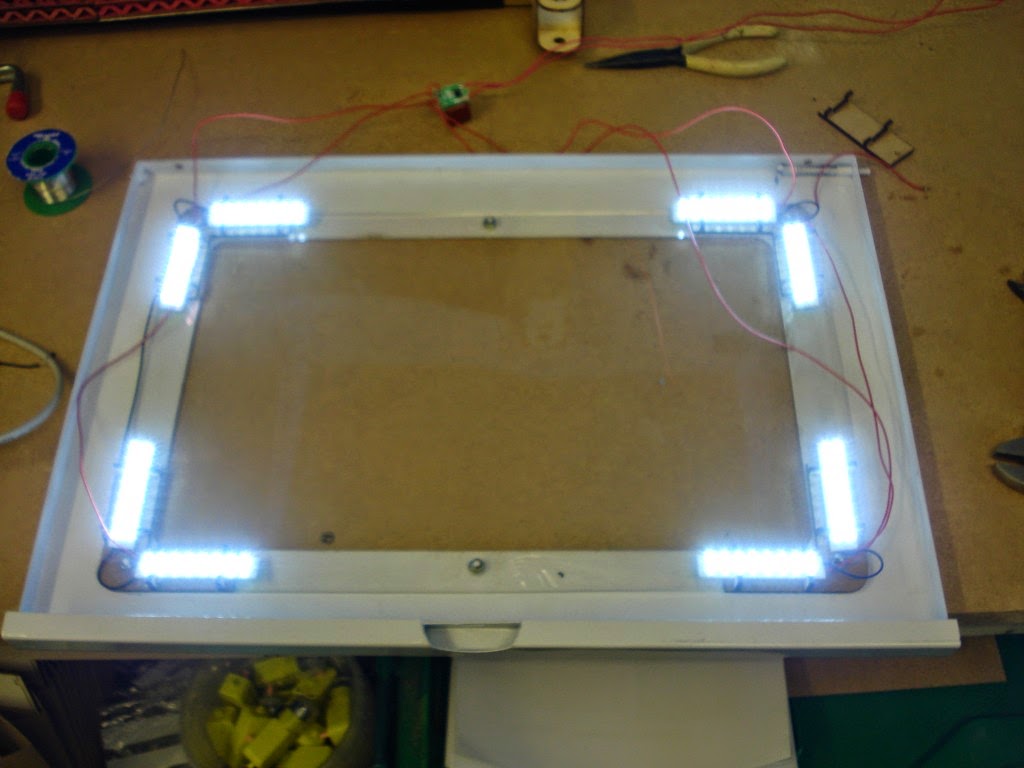 The panels were split into the corners of the lid and wired up to the existing electrical point. The lights always come one while the laser is turned on but as the LED only takes 7W it's not taking a vast amount of power.

I have just launched a Kickstarter Project  for the fractal tray puzzles I made many moons ago. These tricky little puzzles are going to be made of BR Grade Birch Plywood and sanded to a fine finish before polishing with Danish oil so they'll look really good. I'm pleased to be offering them in this high quality finish and fingers crossed the campaign will be successful. For my regular readers with their own lasers who saw this many moons ago, I would ask that you please share the Kickstarter link somewhere so that I stand a chance of success. The more people that see it, the better. https://www.kickstarter.com/projects/680177334/wooden-fractal-tray-puzzles
Read more