Eli sleeps with a little Gro Clock in his bedroom, for those that don't know it's an alarm clock the switches between a day and a night image so children who can't tell the time know when it's acceptable to get up in the morning. I would recommend them. Sadly I left ours at Grannies after the weekend and Eli wasn't keen to sleep without it. So I rummaged round the garage, found some parts I knew were out there and knocked together this arduino based version of the same clock. Being Arduino relied on the existing libraries to write the code quickly. 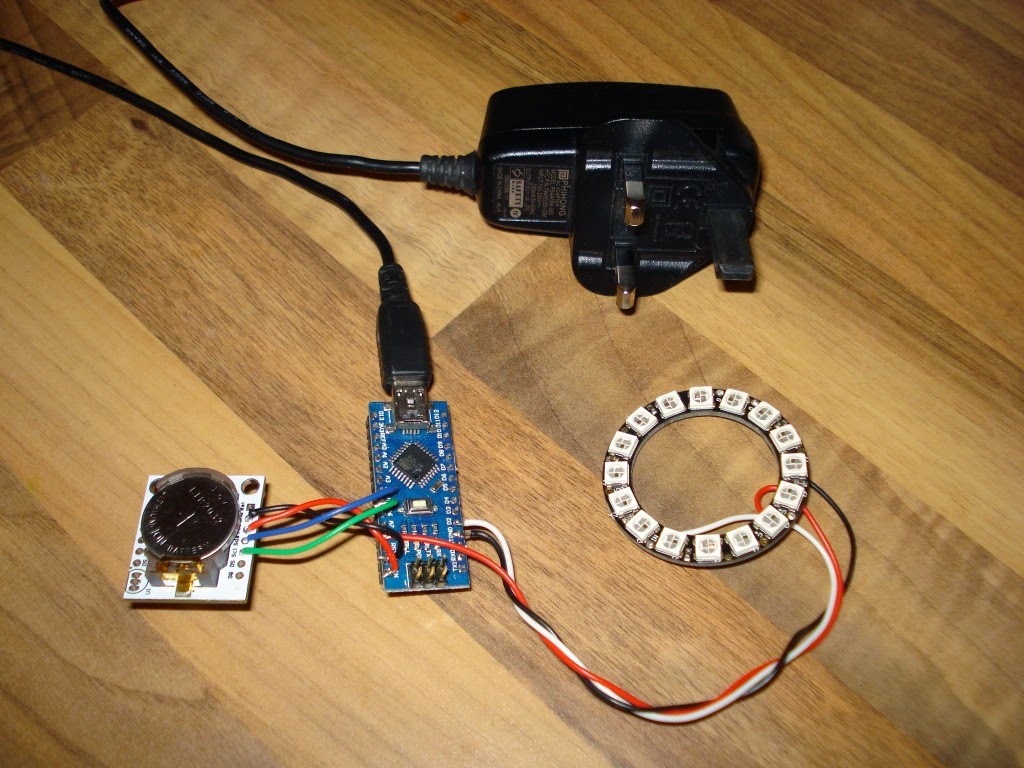