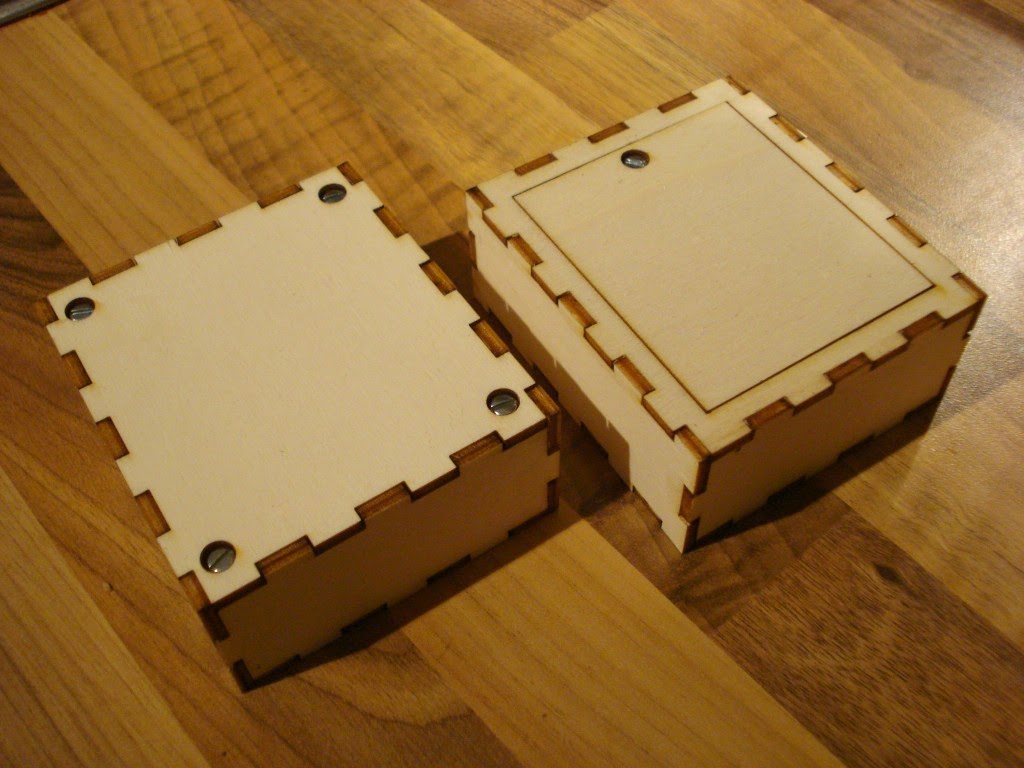 Matt Brailsford asked if it was possible to make a laser cut enclosure with easy access for a battery compartment. My brain did it's annoying thing and designed 2 different mechanisms and wouldn't let me stop thinking about it until they were actually made. I made these two test pieces and I'm sharing the concept now because I'm sure other people will find them useful. Both boxes use recessed bolts so they sit completely flat on the work surface and they also use captive nuts to screw the lids down. (svg here) 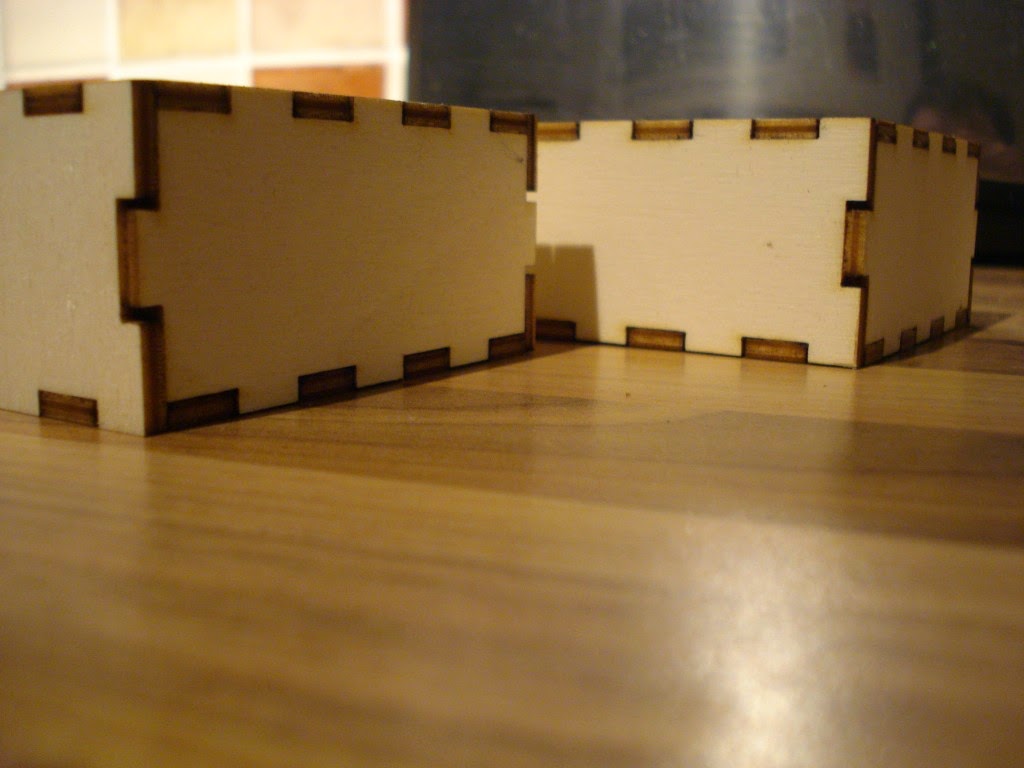 Flap Access
This is my preferred design, a single screw secures the access panel in place. Two hinges stop the lid from coming out at the other end. The captive nut is rounded off because it sticks slightly out into the access area. A lip all the way round the edge stops the lid from falling into the box. The downside is that this lip uses quite a lot of material. 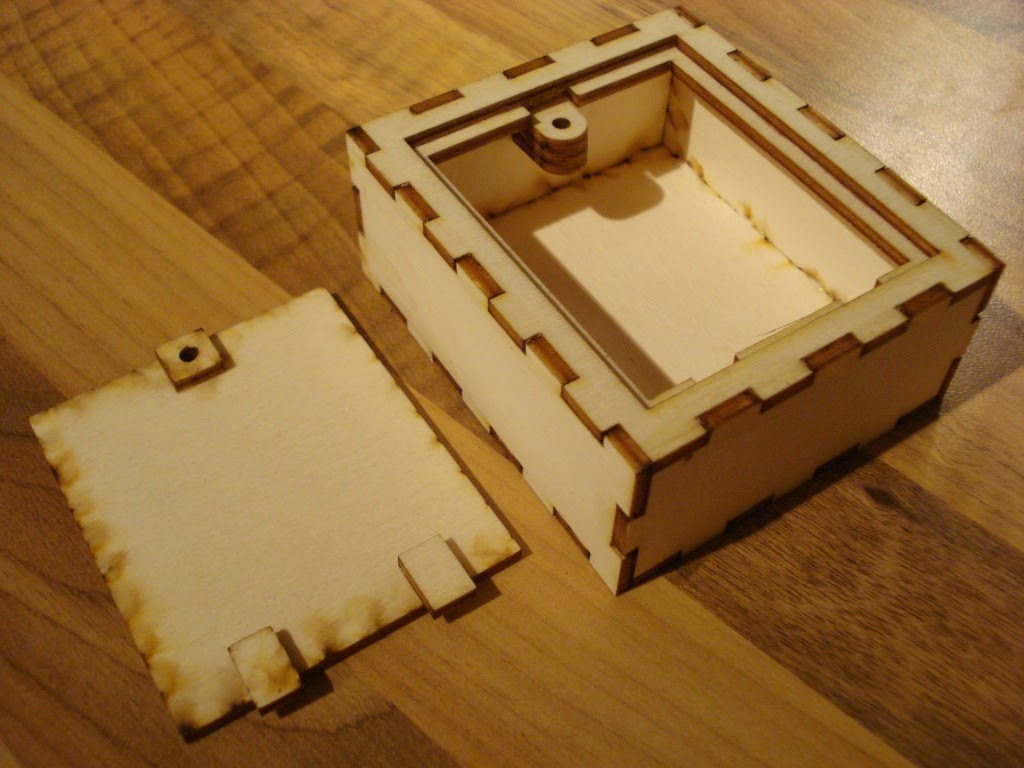 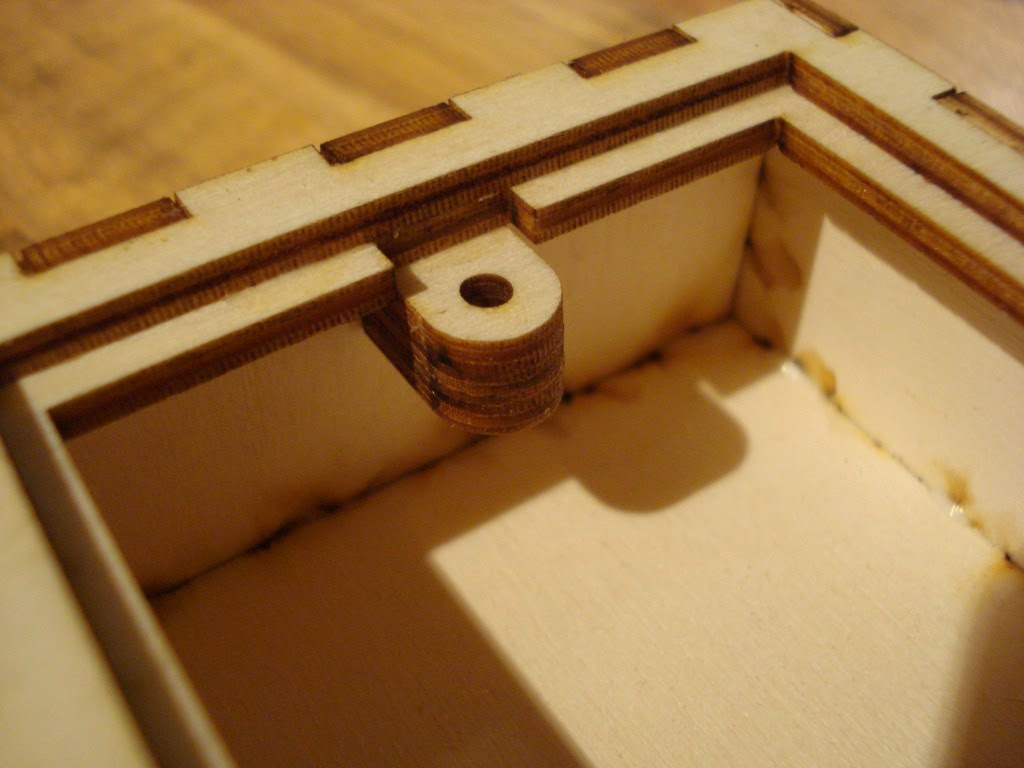 Base Access
Four captive nuts, one in each corner, allow the entire base to be removed. The corner blocks make the box sturdy but it can be pretty time consuming to remove all four screws. 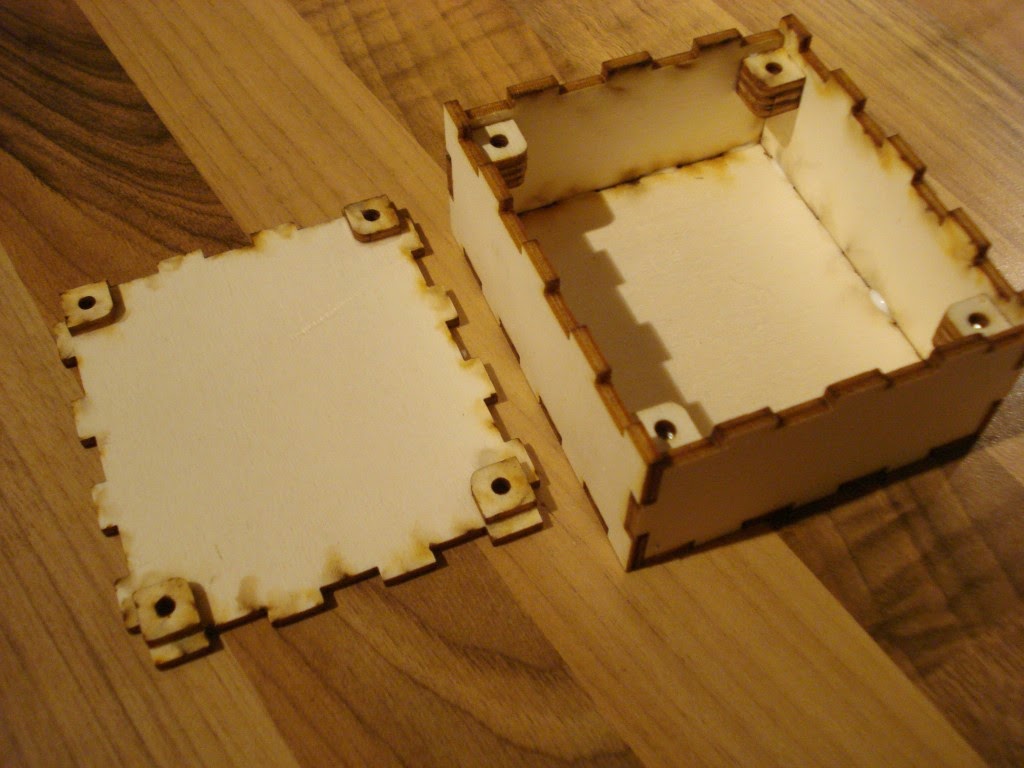 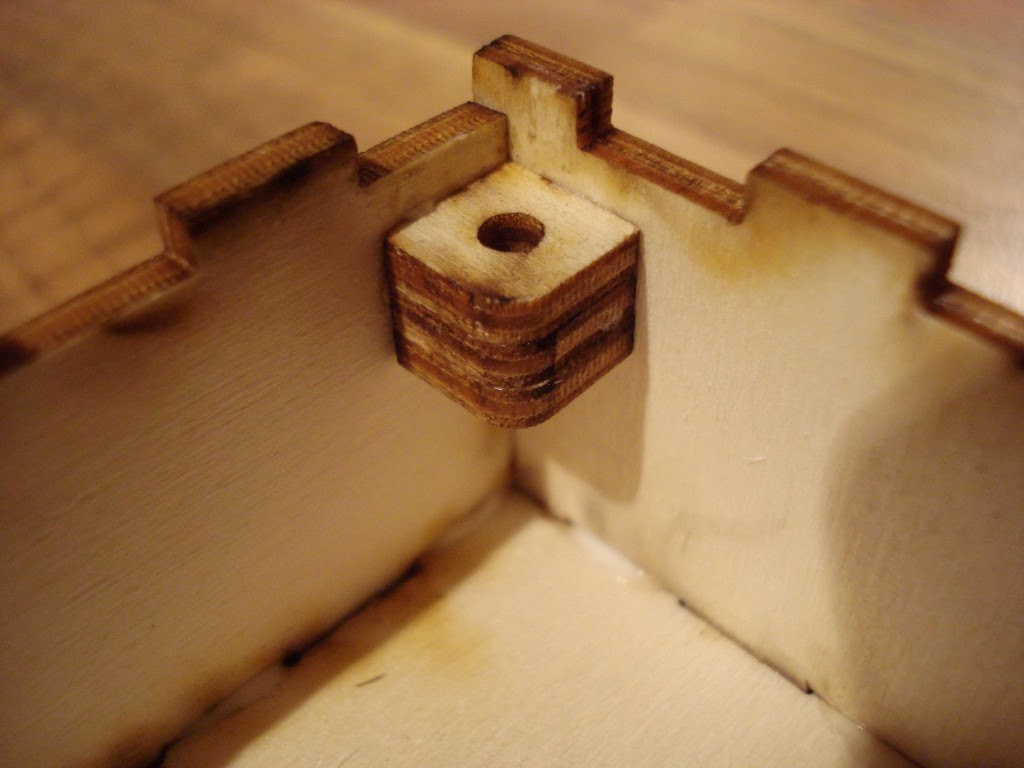