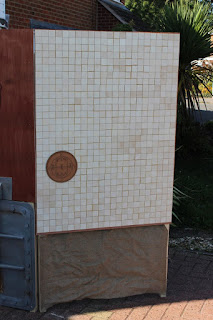 For another machine panel I wanted a way of passing smaller (smaller than person sized) objects in and out of the machine. The idea was to have a few different sized drawers in the panel, so I cut a few random sized boxes and looked to install them. This was the point where I had a much better idea and had to scrap those boxes. I have a tonne of 39mm squares from my caverna storage trays, they've been accumulating in a box waiting for something to happen to them. I realised they would look great on this panel and then the drawers could be in unit sizes and they would hide amongst the squares. I set out to fill the board leaving gaps for where I wanted the drawers to be and I alternated the grain on the squares to make a very subtle checker board pattern. It was a pain sanding and shimming each drawer down to fit exactly in the gap as required but ultimately worth it because it's hard to see where the drawers actually are when they're closed. 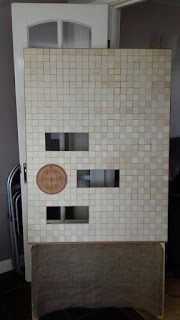 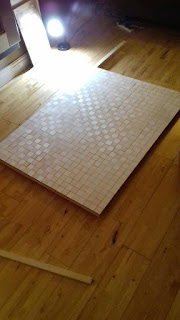 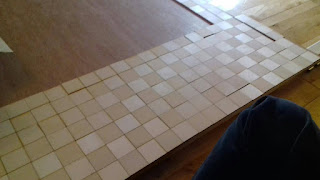 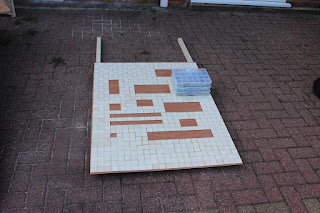