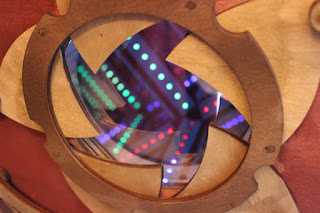 I made this 5 point Iris way back in 2015, it was entirely wooden and given that it has been stored in containers and moved in and out and around for each event I'm surprised how well the whole thing has held up. Now that it's time to revamp the machine I wanted to keep this piece and turn it into a much more central part.

The Iris previously led to a hole in the wall which could be (but never was) used to put things in and out. It always had the feeling that you were staring into the heart of the machine when you opened it and looked through (mostly because you could see the backstage junk through it). With my recent work on Infinity cubes it was fairly obvious what needed to go back there. This leaves a minor problem though, any large box on the back of this panel is going to be quickly destroyed as it gets moved in/out of storage. 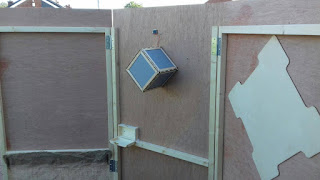 The solution to this tricky problem was to build a cube that could unfold and lie completely flat. The final back panel of the cube could just be a simple mirror and all the led strips remain connected to the walls of the cube as it unfolds. I adopted a much looser design process on this one and cut each step immediately adapting the next as required, the whole thing actually came together quite easily and works extremely well. It was great to hear the oohs and aahs at the event when people opened the iris again and realised it now did something super shiny, even if it was hard to get a picture of it for you guys. 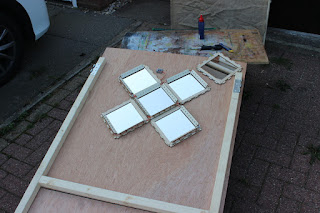 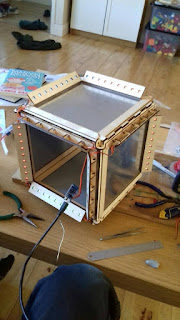 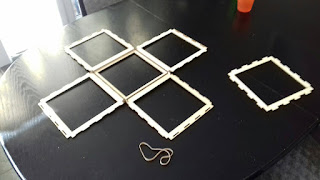 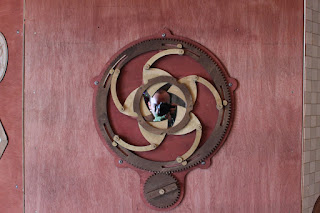 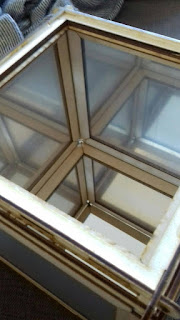