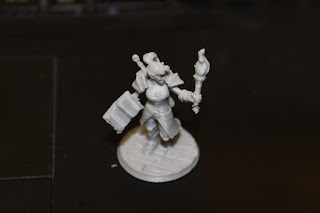 When this 3D printer was new and dialled in (and I realise I haven't blogged about that yet), I received several requests from my war gaming friends to ask if I was able to produce miniatures. The process isn't new to me though and I know that 3D printers can really struggle to produce the same level of detail as the store bought models, the injection moulding process really does a good job to create super fine models. I dutifully downloaded and tried the heroforge sample models anyway, cranking my printer up to 0.15mm resolution and I have to say I was still impressed with the result. 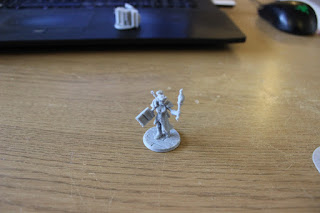 There is a lot of support material generated with each print and all of this is very time consuming to remove, plus there are lots of delicate parts to be careful with while doing it. The print took about 6 hours and it probably took me 30 mins to get the tweezers in and remove all the supports. In doing so I snapped off the bottom of her torch and had to glue it back on. Otherwise I was surprised to see stitching on her top, neat pages of the book and lots more details. In general I'm still of the opinion that if you want to make miniatures you should buy a cheap resin printer instead but I thought this was a good experiment. 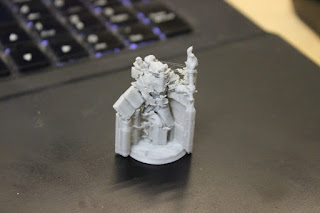 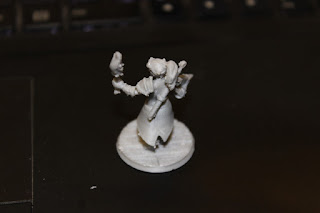 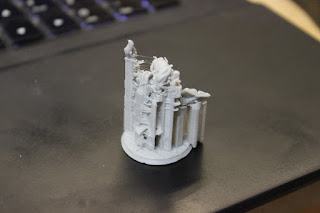 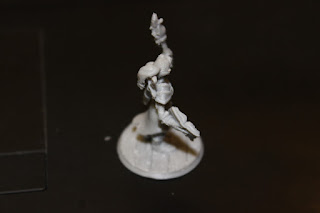 The second miniature fared less well though, it snapped free from the bed a few hours into printing and I didn't really care enough to set it up again. 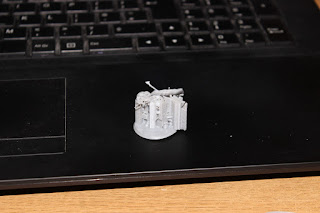